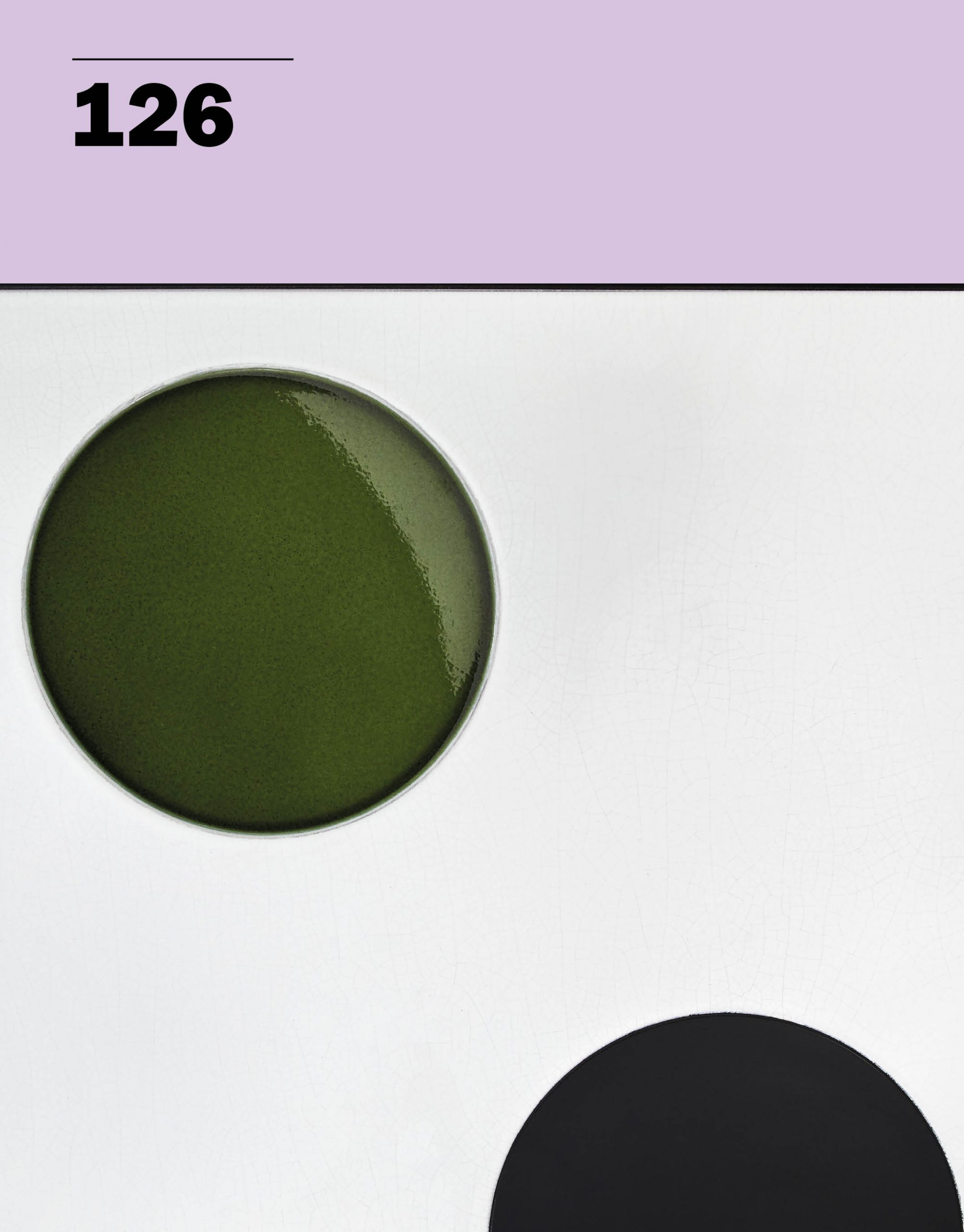 Five years after Marbles & Clowns, his last solo exhibition at Galerie kreo, Pierre Charpin presents Similitude(s), a show of new pieces in a various range of materials. Coffee and side tables, vases and mirrors, lights and drawings are gathered together in an original scenography conceived as a succession of vertical and horizontal landscapes. Charpin’s ongoing chromatic and formal research is enriched by technical innovations carried out in French production workshops. Among the exhibition’s signature pieces are the Translation coffee tables: their combination of metal and enameled lava stone creates a unique and vibrant marquetry.

What is a form? How does it unfold? How is it used? How does one look at it? How is a form transformed? How does one respond to it, relate to its dimensions, its shape, its peculiarities? These questions constantly inform Pierre Charpin’s practice, in his collaborations with renowned design editors, his drawing practice, and his long-term partnership with Galerie kreo.
Each of the seven solo exhibitions he has presented at Galerie kreo since 2000 has demonstrated this way of thinking: in Ignotus Nomen (2011), he grafted «enigmatic and sensuous black and white forms to capture our attention and sharpen our imagination» to pieces of domestic furniture (a table, a bench, a shelf), in order to propose objects that are «receptors rather than emitters of meaning.» For the Platform exhibition (2006), coffee tables and mirrors were designed according to combinations of color and scale based on identical shapes that are reconfigured each time. This aesthetics of articulation brings into play the notions of presence, series, intuition, and emotion to elaborate a design that is both interested in the objects—their autonomy, their singularities, their specific uses—and in the whole they all form together. In an interview with Marco Romanelli in 2014, Pierre Charpin explained: “I believe that I envisage objects primarily as forms, and only on a second level as functional, i.e. really as objects.”
In a new chapter that further reveals his thinking, Similitude(s) offers a formal landscape animated by recurring anamorphosis, varied focus—in the photographic sense of the word—and bouncing resonances.
At the entrance to the exhibition a series of six large circles made with India ink and colored pencils set the tone: filled by hand, each one is simultaneously the image of the circle and a circle with an uneven texture. Opposite, by introducing perspective, two parallelepipeds introduce a spatial dimension into the exhibition—a feeling immediately reinforced by the Plump vases, almost futuristic with their condensed anthropomorphic energy. Every object is a form and every form has movement, thanks to our bodies, our desires, and Charpin’s predilection for serial work.
In a subsequent space, the compositional principle and interweaving of forms and materials of the Translation tables are always the same; only the morphology and the colors change. The Satellite mirrors offer a mise-en-scene of shapes and counter-forms, between a reflective surface and an irregular frame, sometimes visible, sometimes hidden. In these two series, the space of the contours is finely worked, between open and closed for the mirrors—as for the Lunettes vases— between smooth and granular, clear and blurred for the coffee tables.
In Similitude(s), the spirit of geometry and the search for chromatic balance—which can close, open, or alter the form—give rise to a «warm minimalism»: coffee tables, vases, ceiling lights, and mirrors are signals inhabiting space, as well as invitations to use it.
Translation coffee-tables and Fraction side-tables: Each of the Translation coffee tables is the result of specific combinations. Within an elementary frame (square or rectangle), an identical shape is repeated with a noticeable difference: the second time, it is the edge of the table that constitutes one of its sides. Each of the shapes has its own color, thus putting into action the principle of composition by «difference and repetition.» Finally, the combination of enameled lava stone and metal gives rise to a variety of textures and intensities that create a contrasting marquetry where the enamel’s fine cracks give the surface a vibrant aesthetic, a «skin with changing reflections.»
Lunettes vases: A pure compositional exercise, the Lunettes vases variations are based on an elementary vocabulary: a cylinder, a hole, and a rectangle. They demonstrate that a minimalist formal language can be the source of playful and sensitive outcomes. Spectacles (lunettes) for contemplating the life of flowers and observing the life of shapes.
Plump vases: With their generous and rounded curves, the Plump vases propose a repertoire of organic silhouettes that exemplify Charpin’s taste for studying the contact zones between different shapes. The pronounced stylization arising from the voluptuous blackness of the glazed earthenware gives the impression that the vases have been taken by surprise in their molds.
Satellite mirrors: The Satellite mirrors present a playful and rhythmic dialogue between opaque and reflective, open and closed, form and counter-form. They are both a focal point for looking at oneself and a proposal for populating domestic space with monochrome geometric forms.
Trapeze ceiling lights: With their various combinations, the Trapeze ceiling lights are exercises in balance—for any domestic tightrope walker. The articulation of the black spheres and light tubes—whose bulbs have been specifically conceived— draw luminous mobiles framing the space, while at the same time illuminating it.
Drawings: A renowned designer, Charpin is also a scenographer and an avid draftsman. For Similitude(s), he took charge of all the parameters of the exhibition, creating both the stages where the Lunettes and Plump vases are displayed, and a set of drawings made on paper and on the wall. In these last, he experimented with effects of texture and depth, chromatic contrasts and formal associations. Born in 1962 in Saint-Mandé, Pierre Charpin is a visual artist who obtained his degree from the National School of Fine Arts in Bourges (France) in 1984. In the early 1990s, he decided to concentrate on designing objects and furniture. He has since embarked upon a number of research projects with associations such as CIRVA (1998/2001) and CRAFT (2003/2005) as well as product design collaborations with internationally known design companies like Alessi, the Cristallerie Saint-Louis, Design Gallery Milano, Ligne Roset, the Manufacture Nationale de Sèvres, Pamar, Post Design, Tectona, Venini and the Wrong Shop...