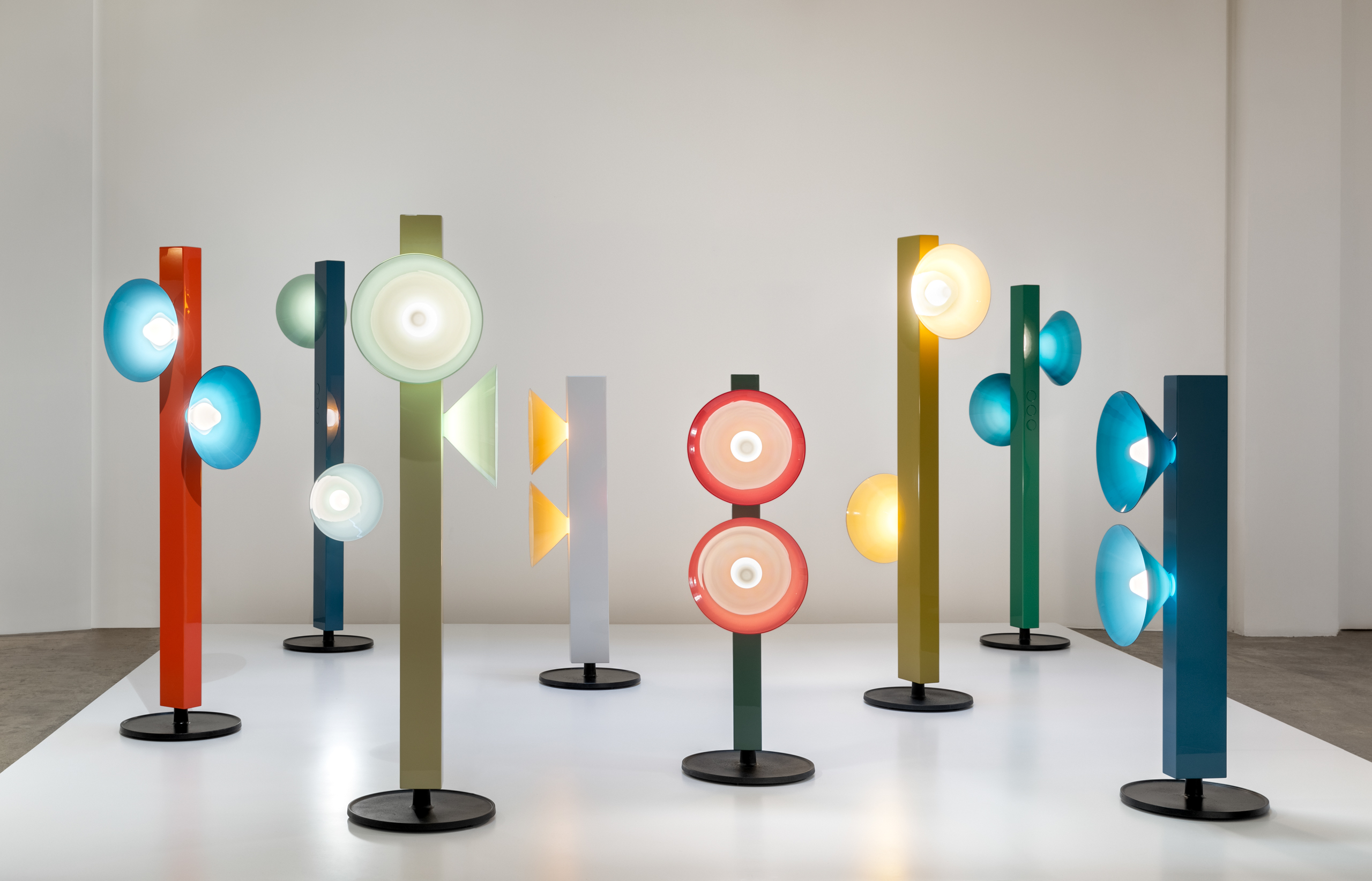 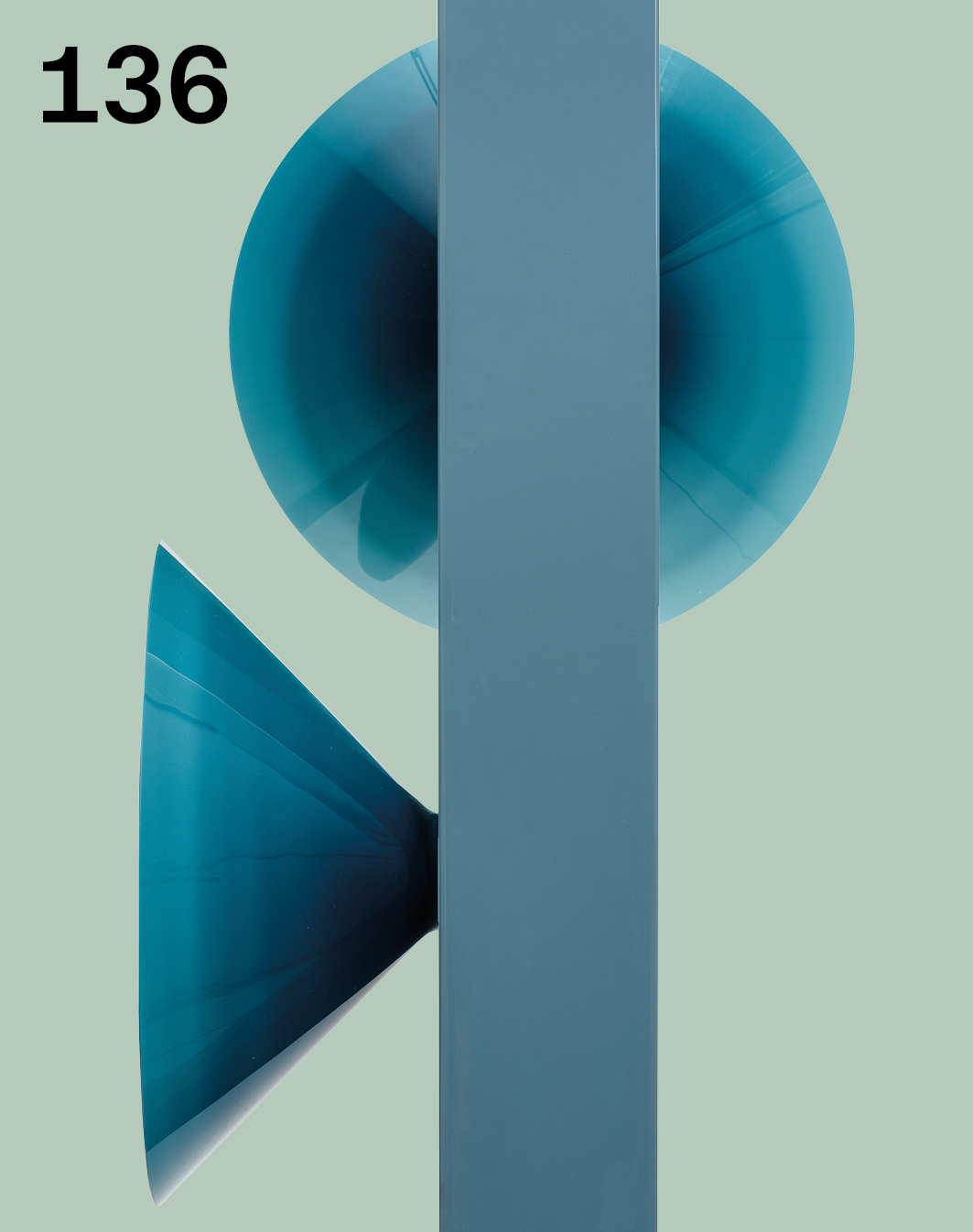 Following the first Opening of Edward Barber and Jay Osgerby’s new collection ‘Signals’ in London, we are delighted to reveal the second instalment of this exhibition in Paris, which will take form in new colour combinations, especially selected by Edward and Jay.

Throughout the careers of Edward Barber and Jay Osgerby, cones have appeared as a motif in their design work. “There is something about the cone that we often return to,” notes Barber. “There’s an energy in its form,” adds Osgerby.

Signals is a new solo show at Galerie kreo, a collection of lights that extends Barber and Osgerby’s interest in the cone form, encompassing a series of floor, wall, and pendant lamps. It marks the studio’s first solo show with Galerie kreo, which began working with Barber and Osgerby in 2016 — a partnership that has, to date, created work including the Hakone family of furniture, whose precise joinery was inspired by Japanese Torii. Signals is the first lighting collection developed by Barber and Osgerby for kreo, with each lamp in the collection created using two principle materials, two pure shapes, and two different forms of making. “There are fragments from many different parts of our past work that have come into creating these objects,” says Osgerby. “Colour compositions, making techniques, and familiar forms. Each light acts as a signal for these ideas,” adds Barber.

The structure of the lamps is provided by hand-formed, colourful aluminium box sections, onto which are affixed large conical glass shades that have been mouth-blown by master artisans at the Venini workshops on the island of Murano, Venice. While the aluminium boxes are angular and direct, the Venini cones that bloom from it are delicate, translucent and soft, with the colour of the glass shifting subtly as the thickness of the glass varies across the surface of the shade. “There’s a tension between the industrial and the artisanal elements of the lamps, which we call engineered craft,” says Osgerby. “We’re always trying to work in this space between the sketch and the machine.”

Central to the collection are a series of totemic floor lamps, which can be rotated to direct light around a room. While one glass shade may provide direct lighting, another lamp on a different face of the aluminium can be dimmed and positioned so as to provide a softer, indirect glow. This emphasis on physical motion within an object highlights the studio’s preoccupation with visual energy and dynamic forms that can communicate and connect with a viewer. While a cone, for instance, is a shape suited to the transmission of light, it is also a form that encourages reception — within the eye, it is cone-shaped cells that process all information surrounding colour.

“They are the ideal shape to transmit and receive information,” notes Barber. “They invite engagement.”

The colours of the Venini glass offer complex, tertiary shades, which shift into brighter tones once light passes through them — a continuation of the studio’s ongoing research into colour. While the exaggerated cone forms that emerge from the strict aluminium box sections recall audio equipment and sci-fi inflected product design developed during the Cold War, the effect is tempered by the delicacy of the blown glass and colour work. As the lamps are lit, the shades illuminate like beacons, creating gentler fields of colour that juxtapose against the rigour of the construction. “These are technical objects and we haven’t tried to soften them by adding curves or further refinement,” says Osgerby. “They’re bold, monolithic objects, but those qualities then contrast against the more crafted forms that emit light.”

Signals unites these different elements of Barber and Osgerby’s work, bringing together research and making techniques from across the studio’s practice. “Signals is a continuation of themes that have been evolving in the background of our work for some time,” says Osgerby. “It encompasses engineered craft, our love of Venini glass and colour, and our enjoyment of working with light to change a space.” Uniting these threads and helping to bind them together, however, is the motif of the cone and the role that it has played throughout the designers’ careers. “There is a perfection in its geometry,” notes Barber. The eye is drawn across the shape’s surface and towards its apex — the point at which information is both transmitted and received. 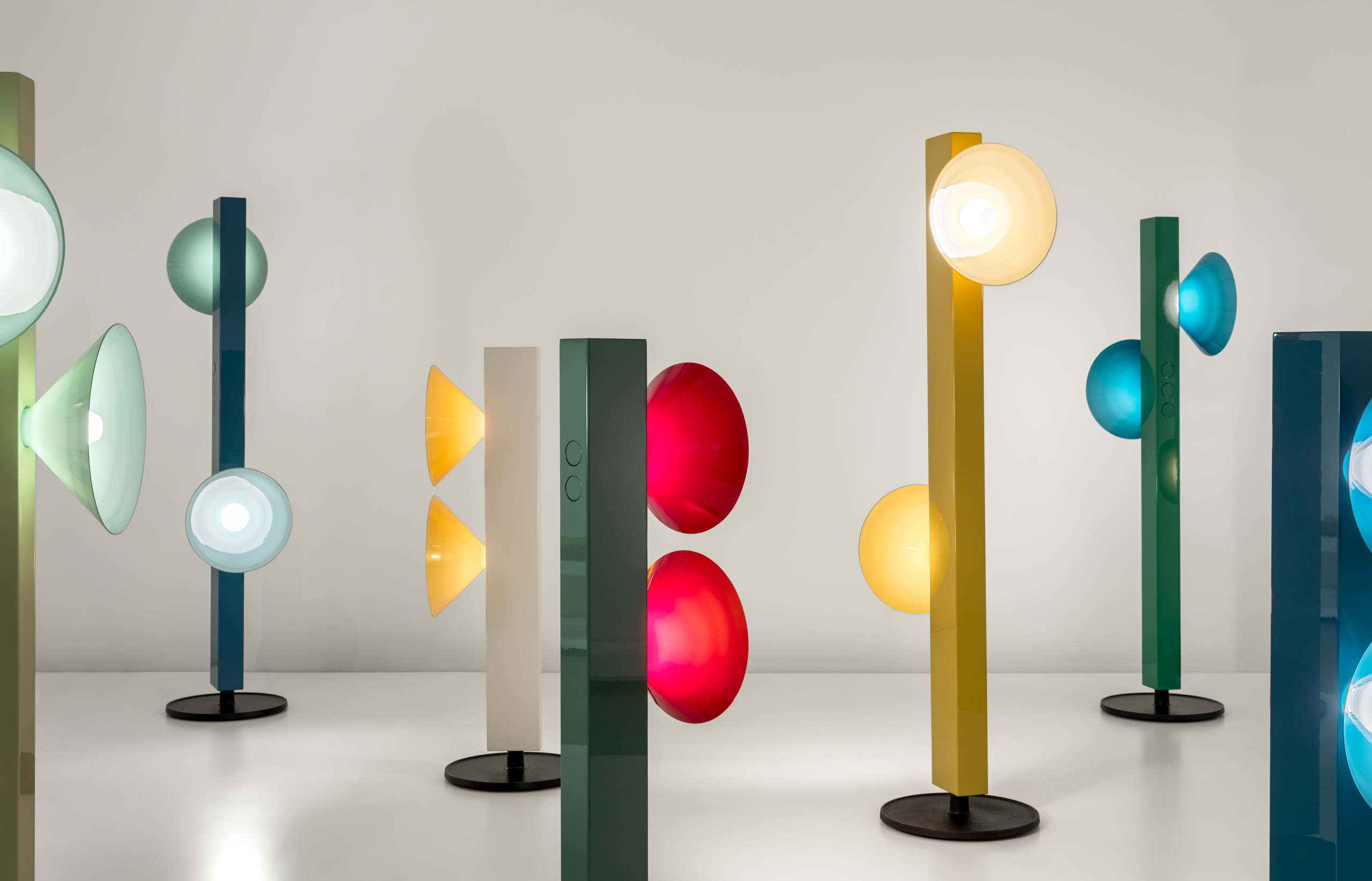 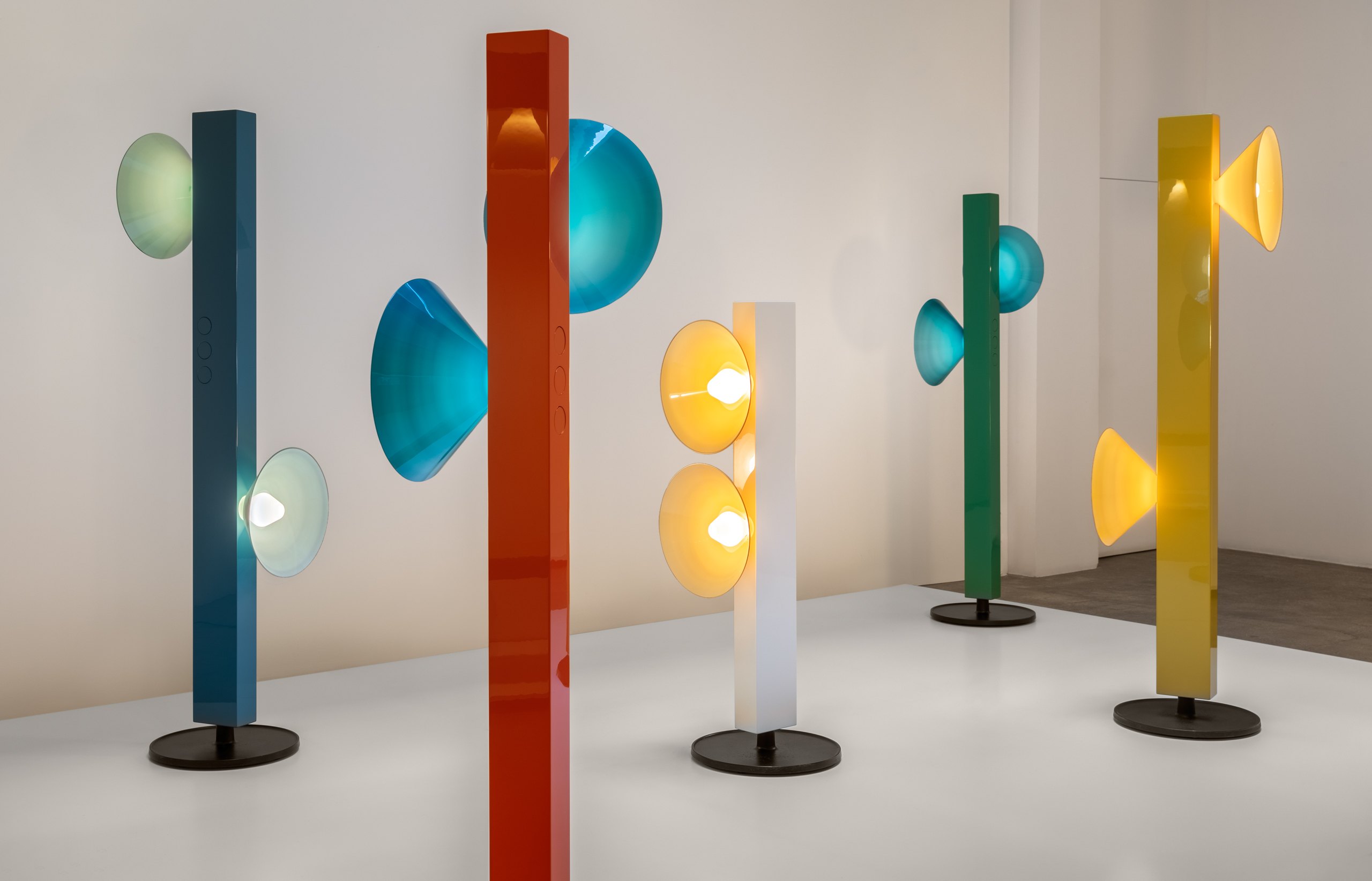 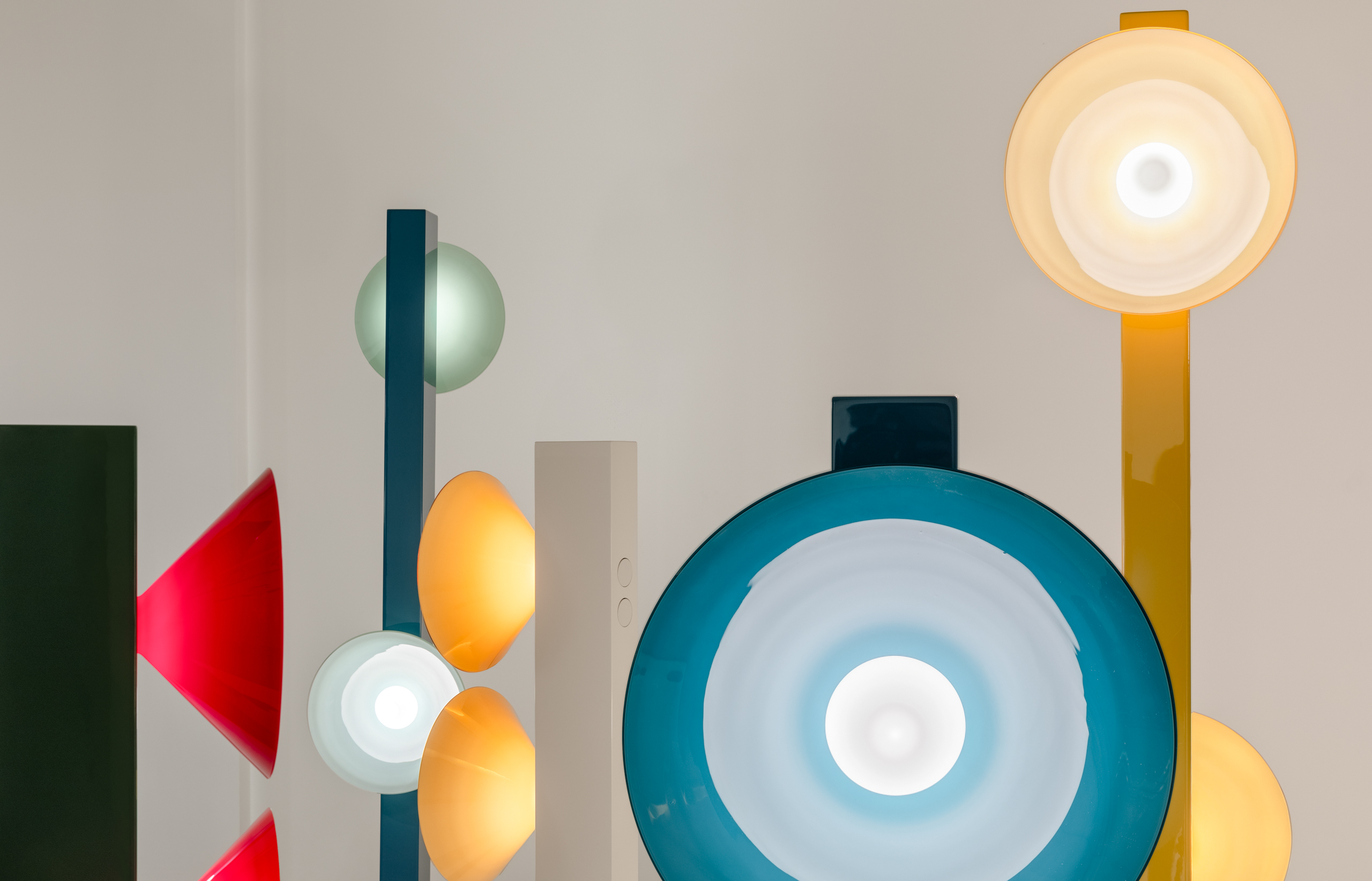 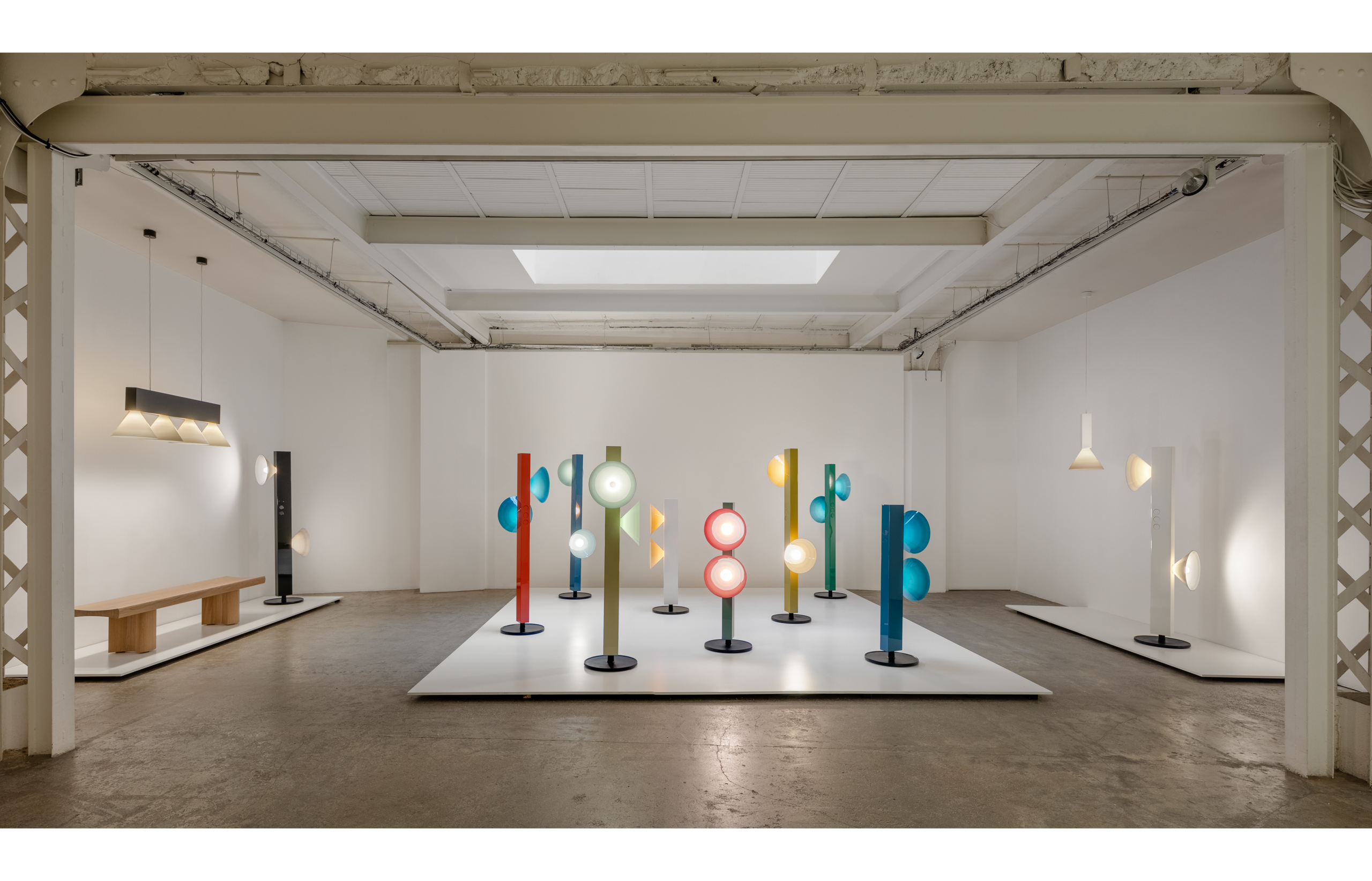 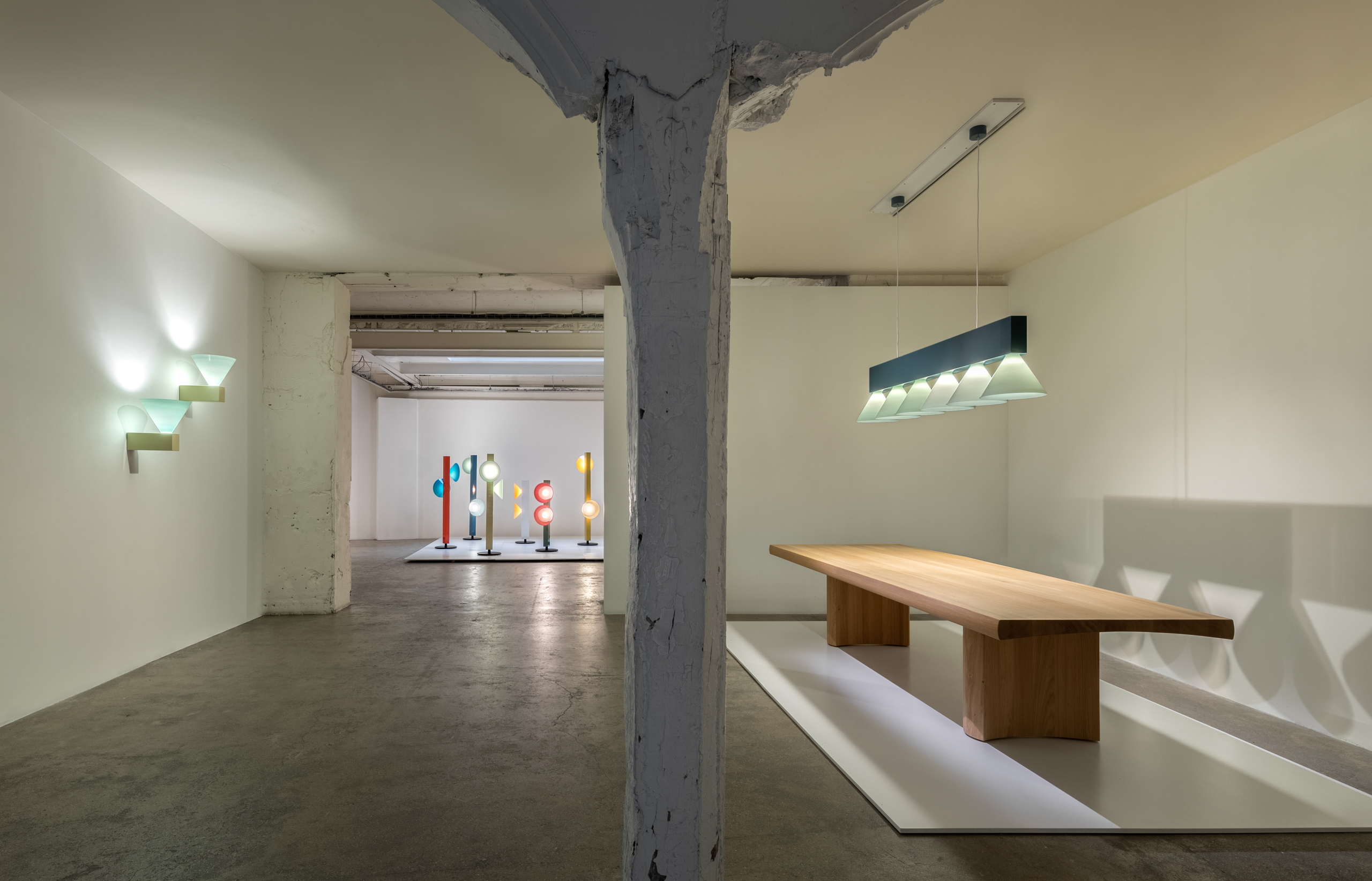 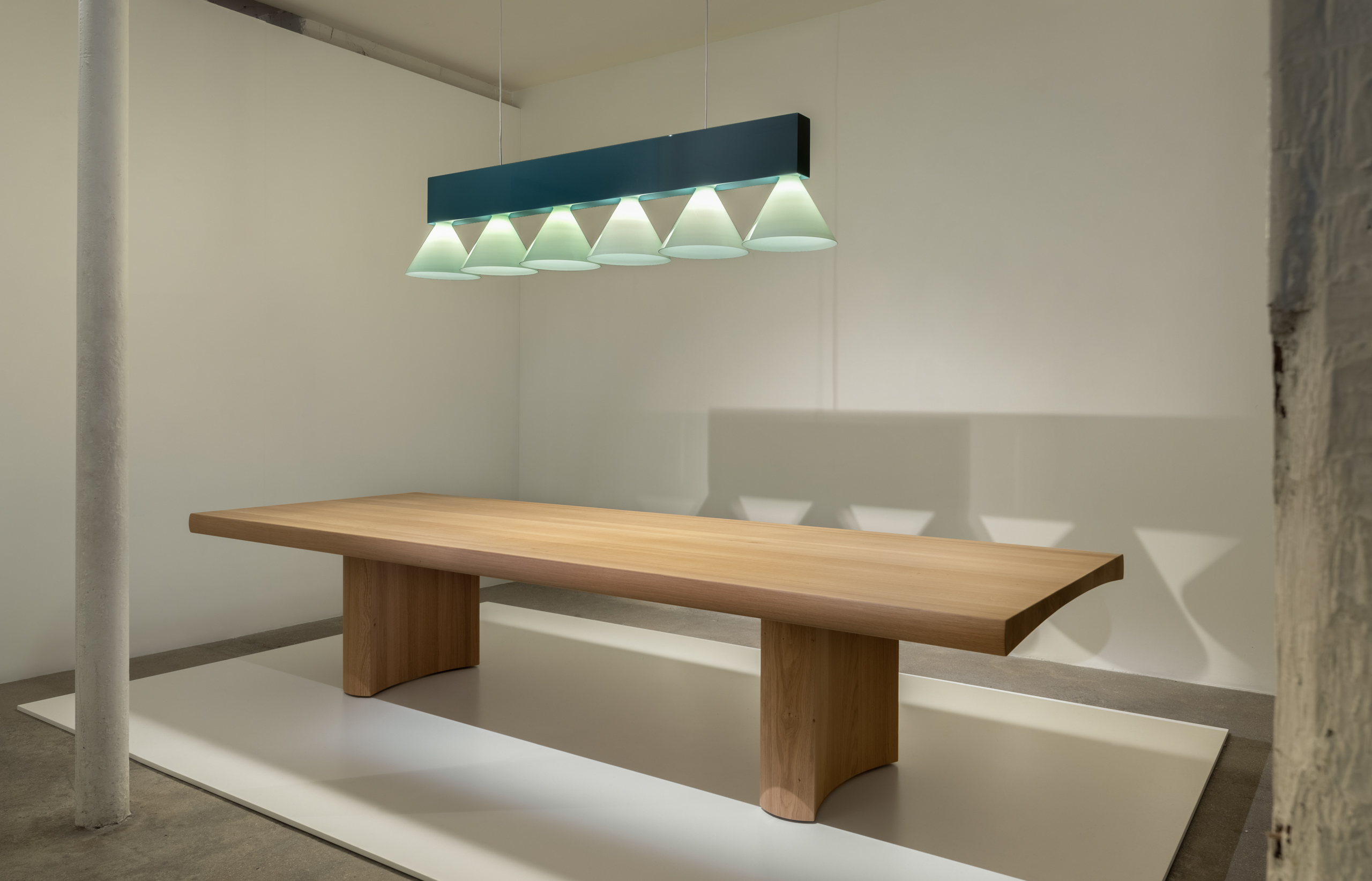 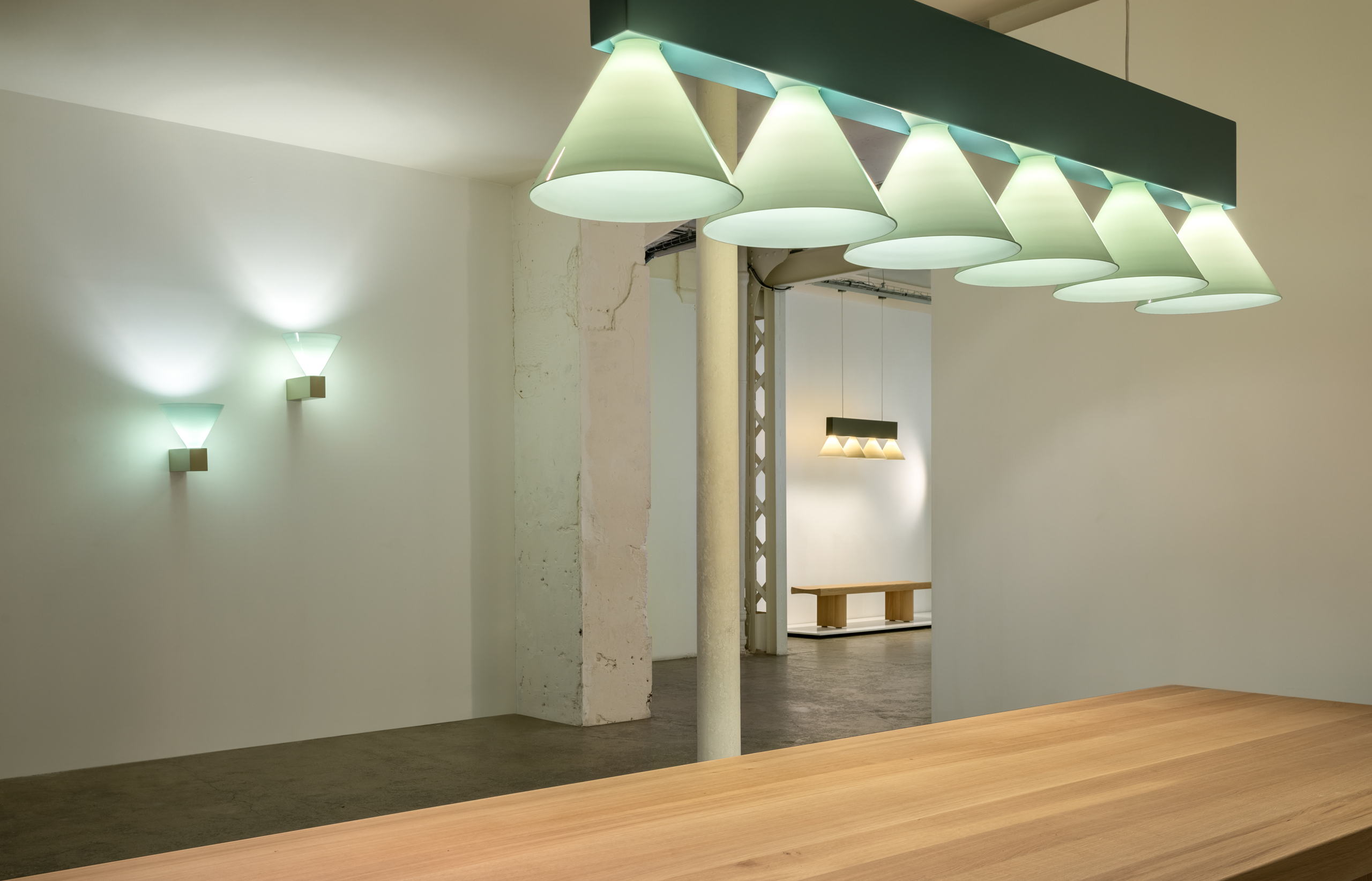 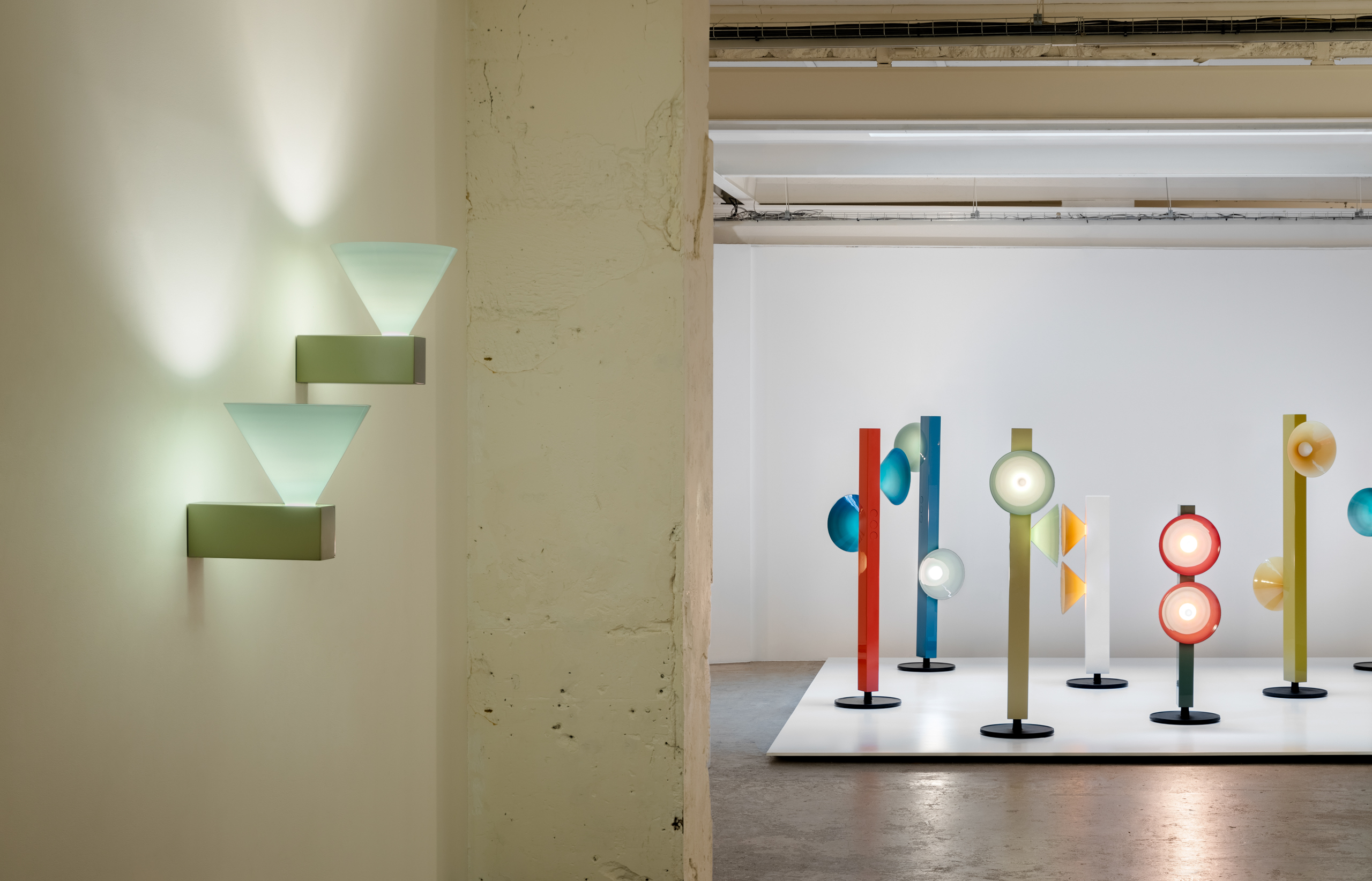 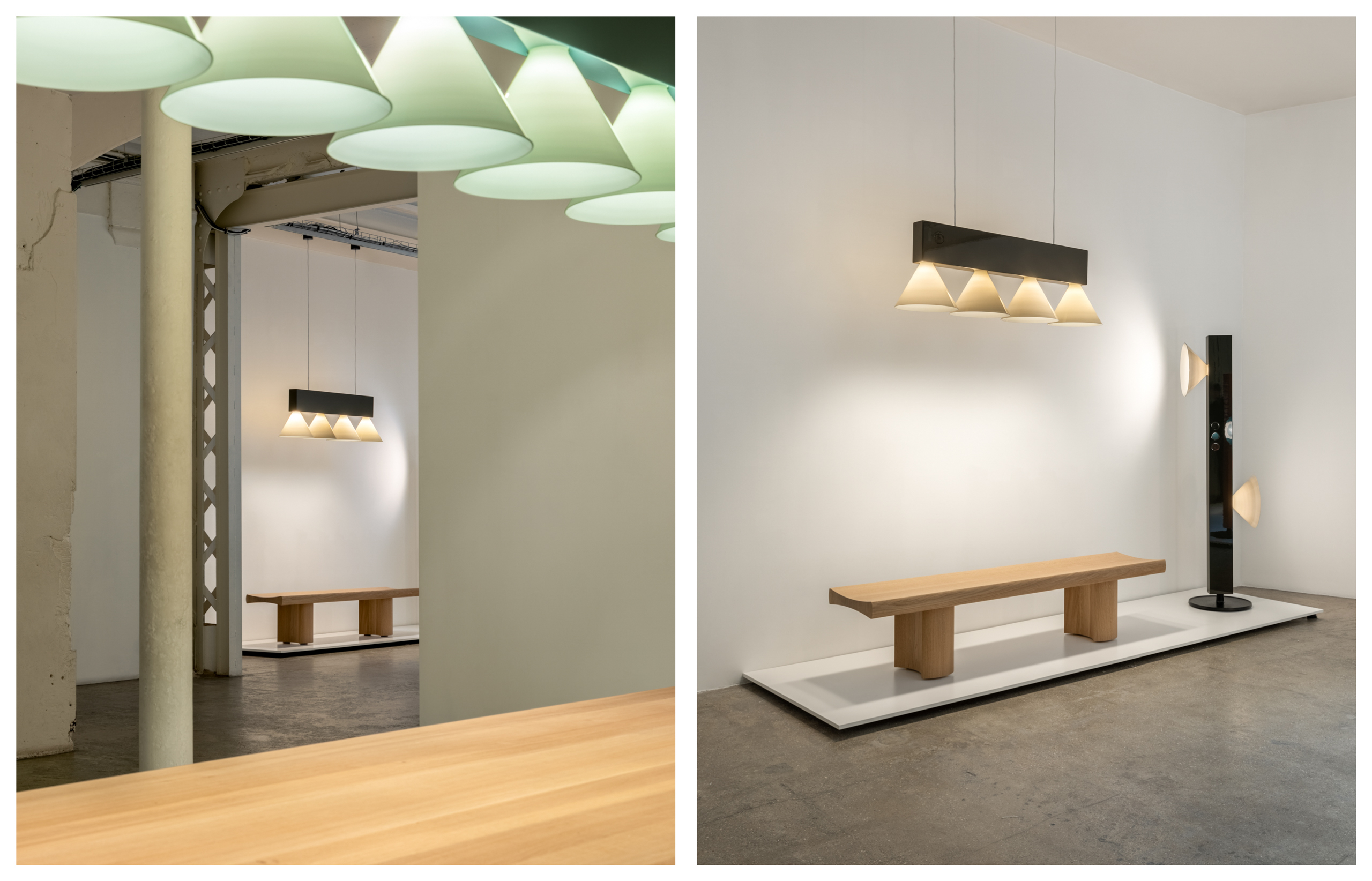 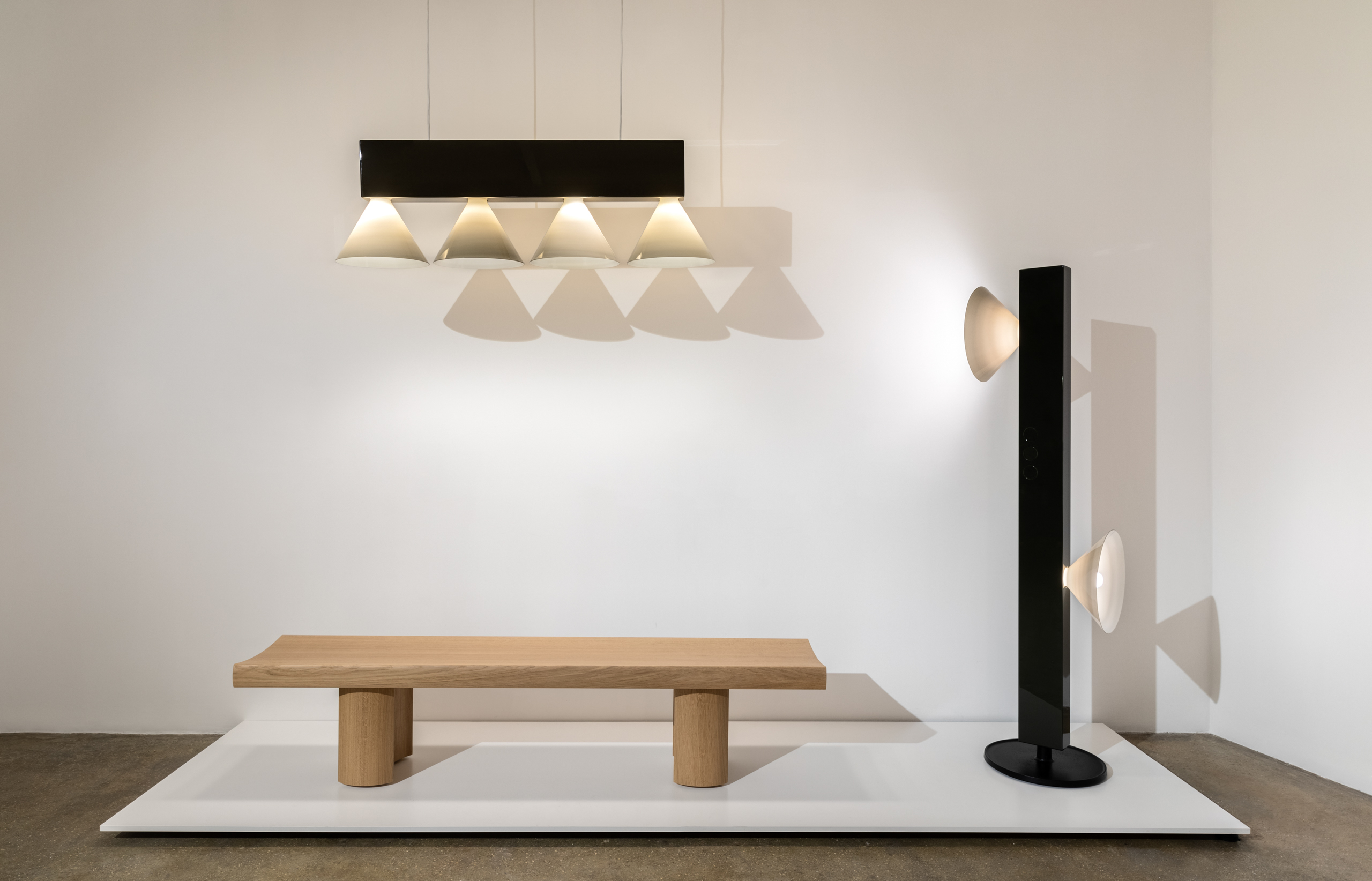 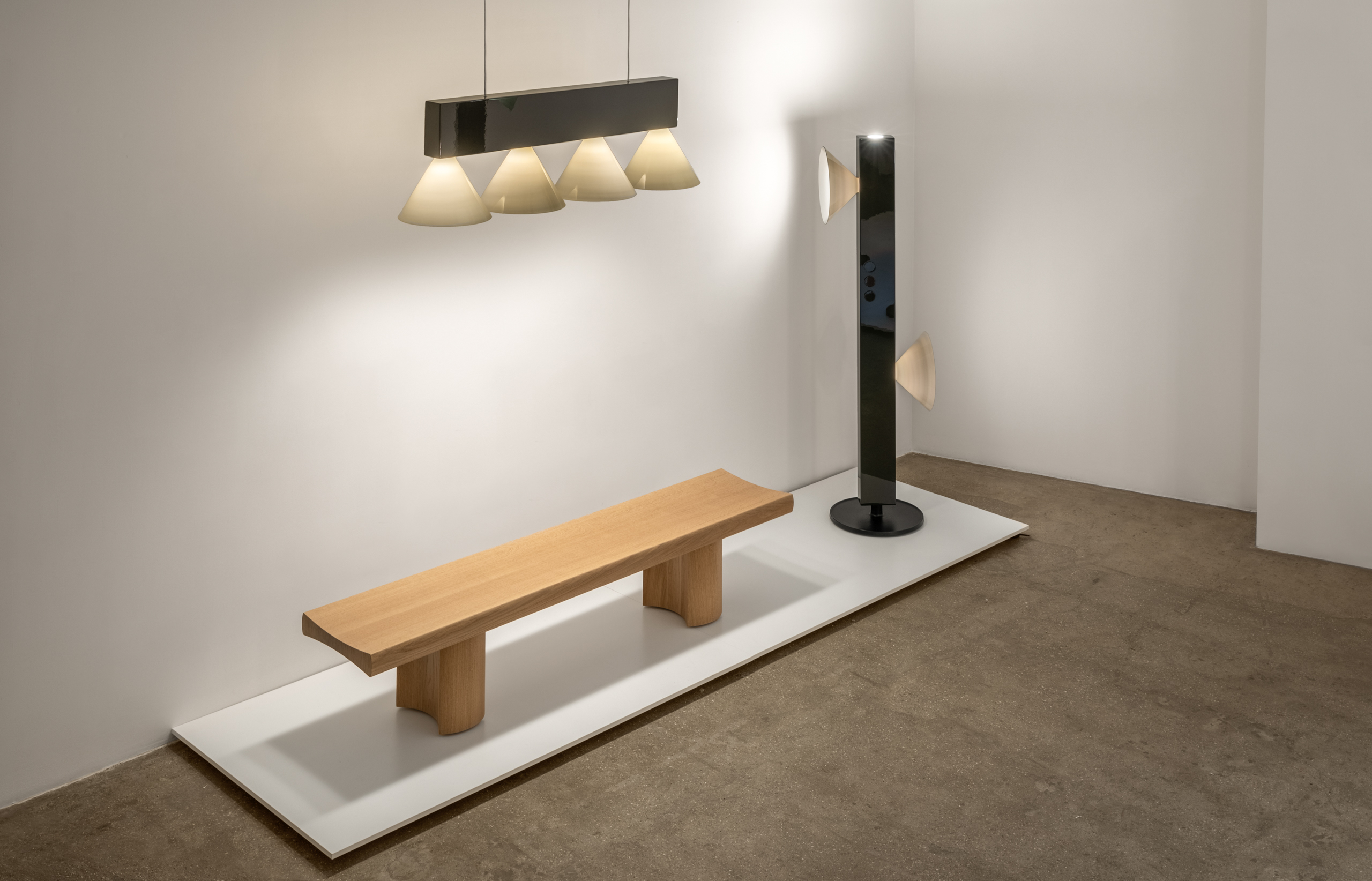 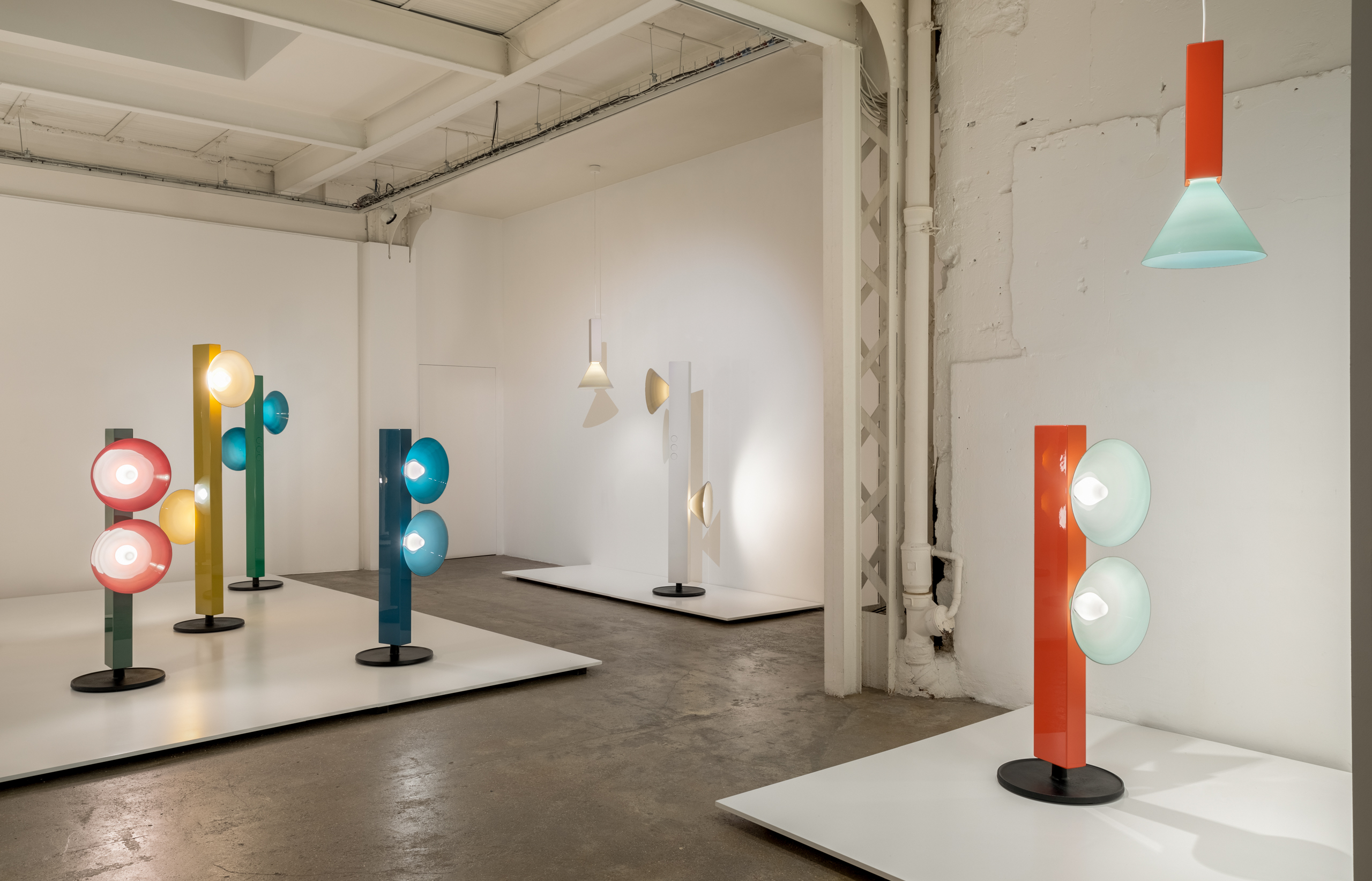 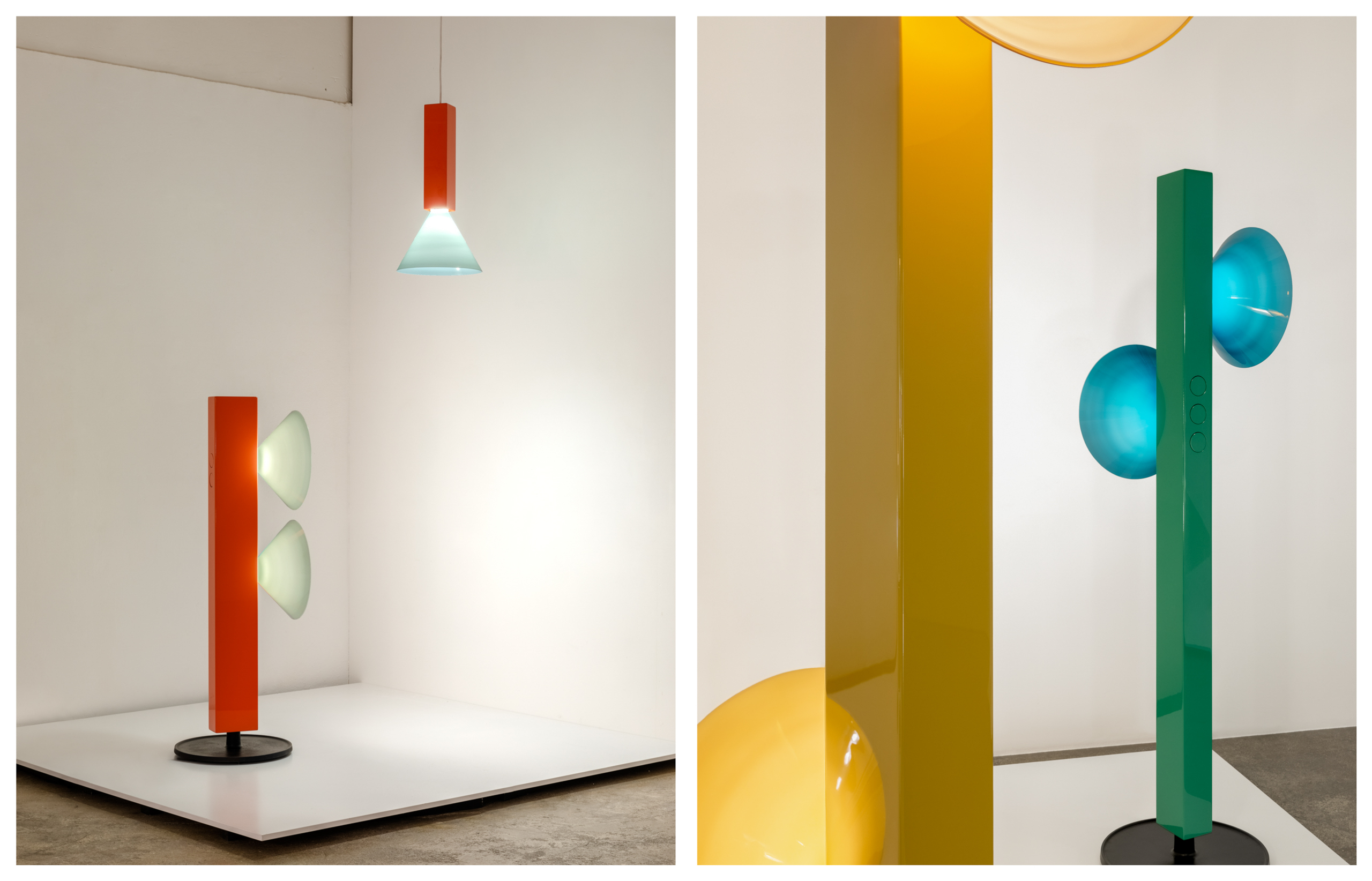 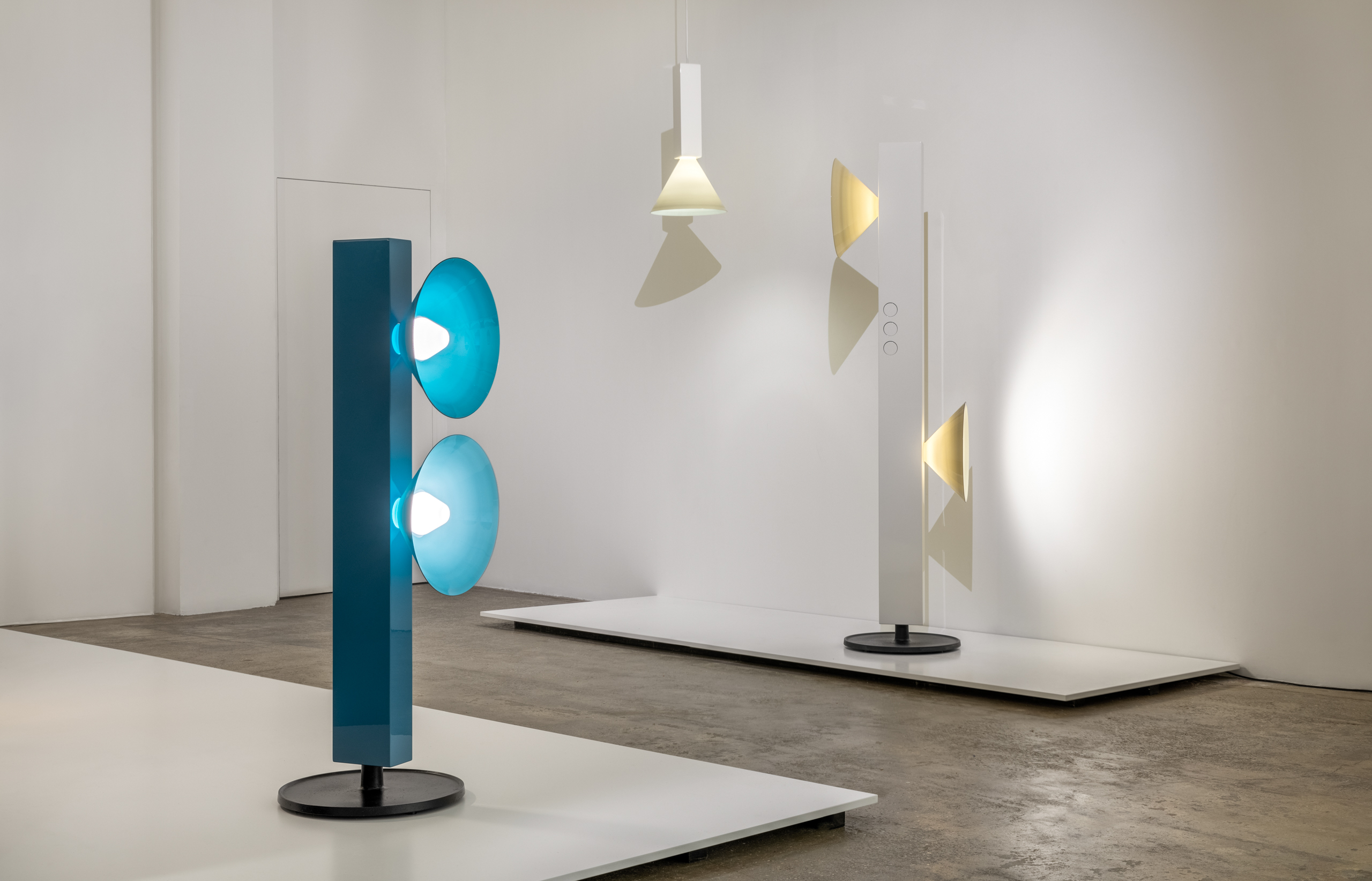 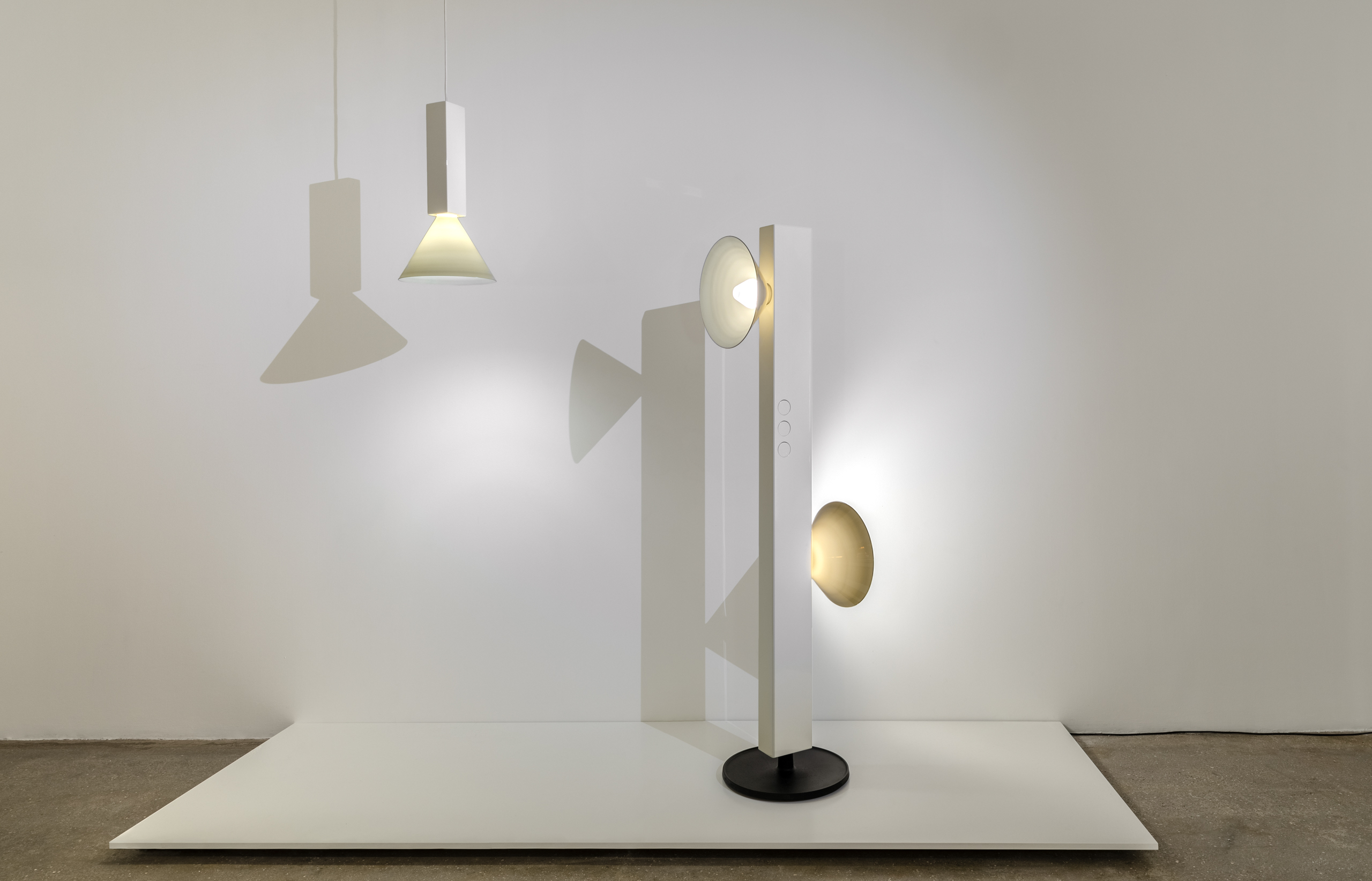 Edward Barber and Jay Osgerby founded their East London studio in 1996, after studying architecture together at the Royal College of Art. For more than two decades their work has challenged the boundaries of design in this country and abroad, while their commitment to lecturing, workshops and studio practice supports the development of new generations of designers.

Barber and Osgerby’s approach is characterised by its emphasis on experimentation and innovation and an exploratory attitude to materiality and colour...