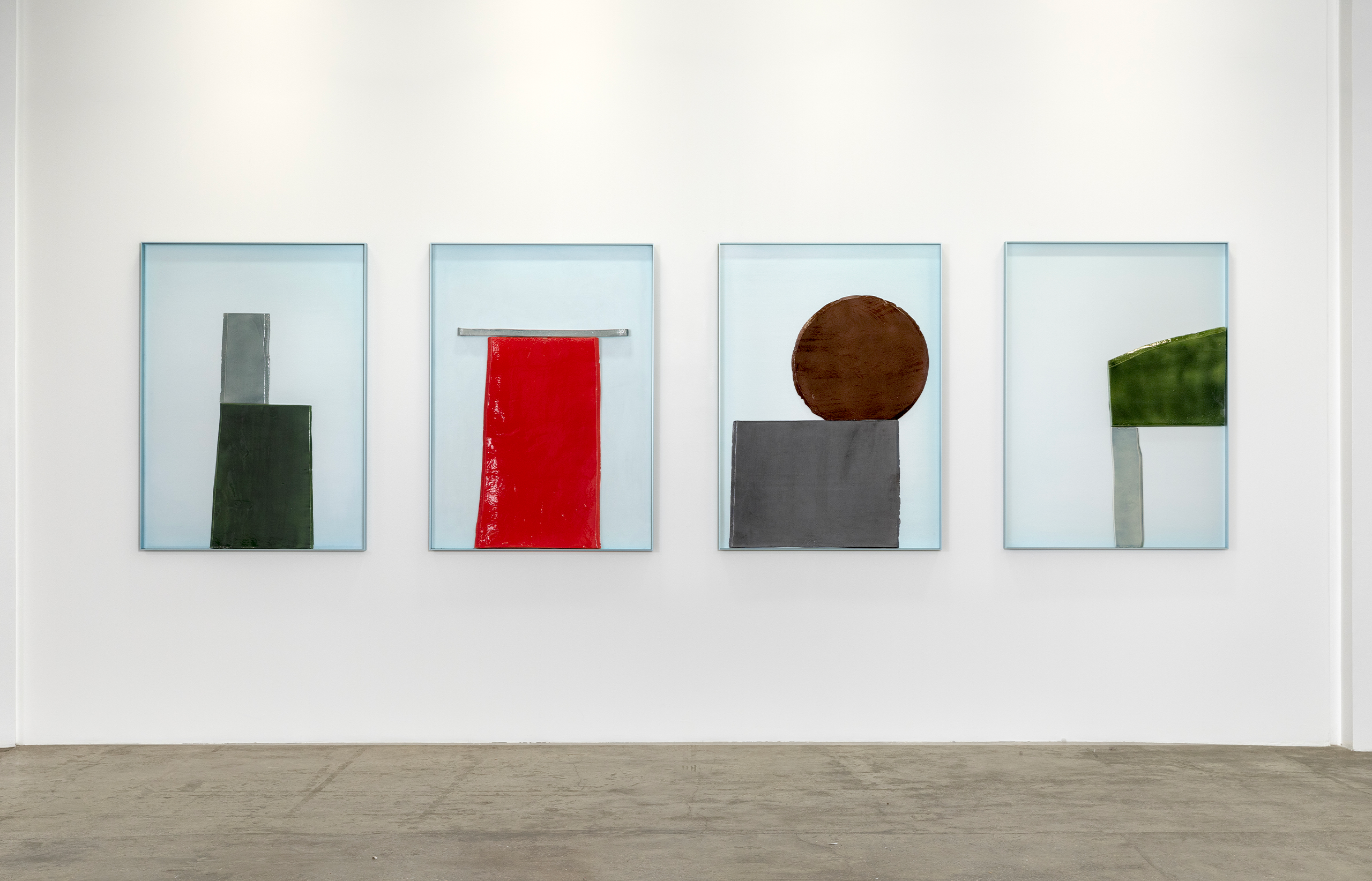 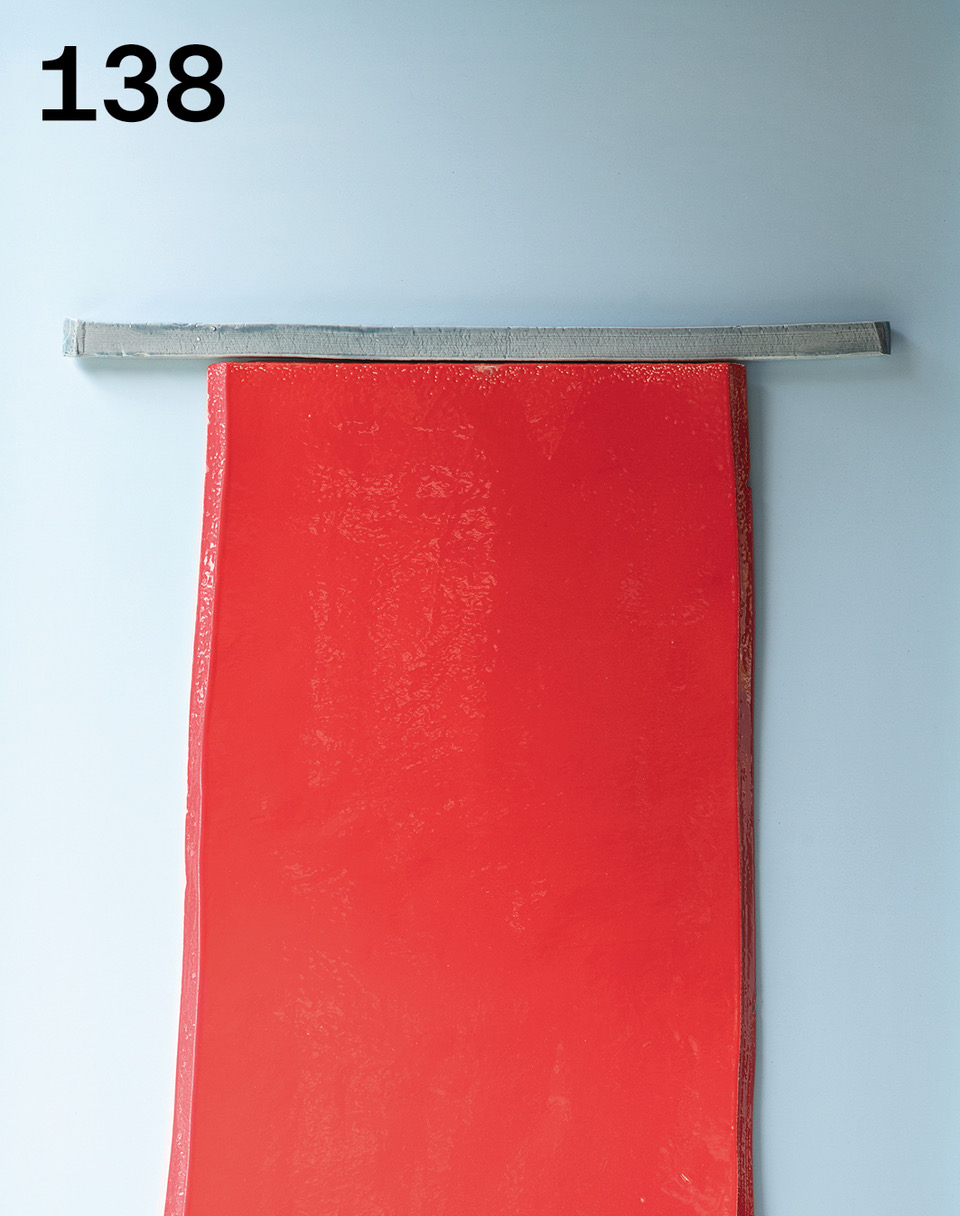 We could look at Ronan Bouroullec’s ceramic bas-reliefs and see traces of a language we recognize: the silhouettes of familiar objects, the contours of known landscapes. We might be tempted to look at the work as an alphabet of mere things, think of the pieces “objectively.” But as tableaux, the reliefs are not quite right: one has an edge that goes too far, another a circle that’s off-center and about to roll, and still another, a pinkish mass that could topple over.

Bouroullec’s work is most rewarding if we listen as it asks for a new language altogether. Languages have always been born from clay (one thinks of cuneiform seals); it’s easy to believe that Bouroullec is developing his own. At the very least, these pieces —somewhere at the intersection between painting, sculpture, and design—demand new verbs, words like “bevel” and “disintegrate.” (And it’s possible, the works say, that there is nothing so lovely as a beveled edge: the way they taper is like a caress. The way they dissolve onto a background feels digital and also deeply analogue. These effects are both visual and tactile, as in: we see them and we want to touch them.) The compositions can speak because they are alive, masses of ceramic breathing in a metal atmosphere, on a planet that is strange but inviting.

Like other languages, Bouroullec’s seems to have a grammar. Forms repeat and the palette is consistent, like a dialect. Where there are slight variations, the works prove the rule. Some compositions get repeated and flipped upside down. Bouroullec’s process is also inherently syntactical: while the finished works have the appearance of precise composition, they’re arranged ex post facto from separately formed elements. Bouroullec assembles the reliefs only after the individual elements are fired; some inevitably break in the kiln. Like sentences, Bouroullec’s compositions are sequences of fixed parts. Like poetry, they’re subject to randomness.

In a photo from Bouroullec’s studio, he leans over a makeshift table on which he’s rolled out a thick slab of clay. It’s dark; he’s holding a kitchen knife—later it will be caked with residue from the material he’s using it to carve. To his left is a pile of thin scraps that have been trimmed from the larger whole; the ceramic retains a feeling of paperiness in the finished works. This has something to do with f igure and ground, the glazed ceramic forms (marked with cracks, bubbles, and the traces of tools) buoyed by contrast with the flatness and sharpness of the synthetic surface on which they’ve been arranged. The sense of découpage—careful composition with paper cutouts— goes deeper than the formal similarity with Bouroullec’s earlier drawings and design.

Bouroullec has other precursors. Artists longing for new alphabets in abstraction, or those preoccupied with simple forms and chance operations. At its core, though, this work seems to carry out an older project. In Kazimir Malevich’s manifesto on Suprematism, the artist writes of “a ‘desert’, where nothing is real except feeling.” Malevich believed that he had discovered the grammar of this non-objective world. Bouroullec has re-discovered it—and renewed it for our time. This is why the works seem to have a primal resonance. They short circuit our hard-wired symbolic understanding, whisper of other landscapes. They remind us that mass and atmosphere are forms of pleasure, and ask us to be pleased. 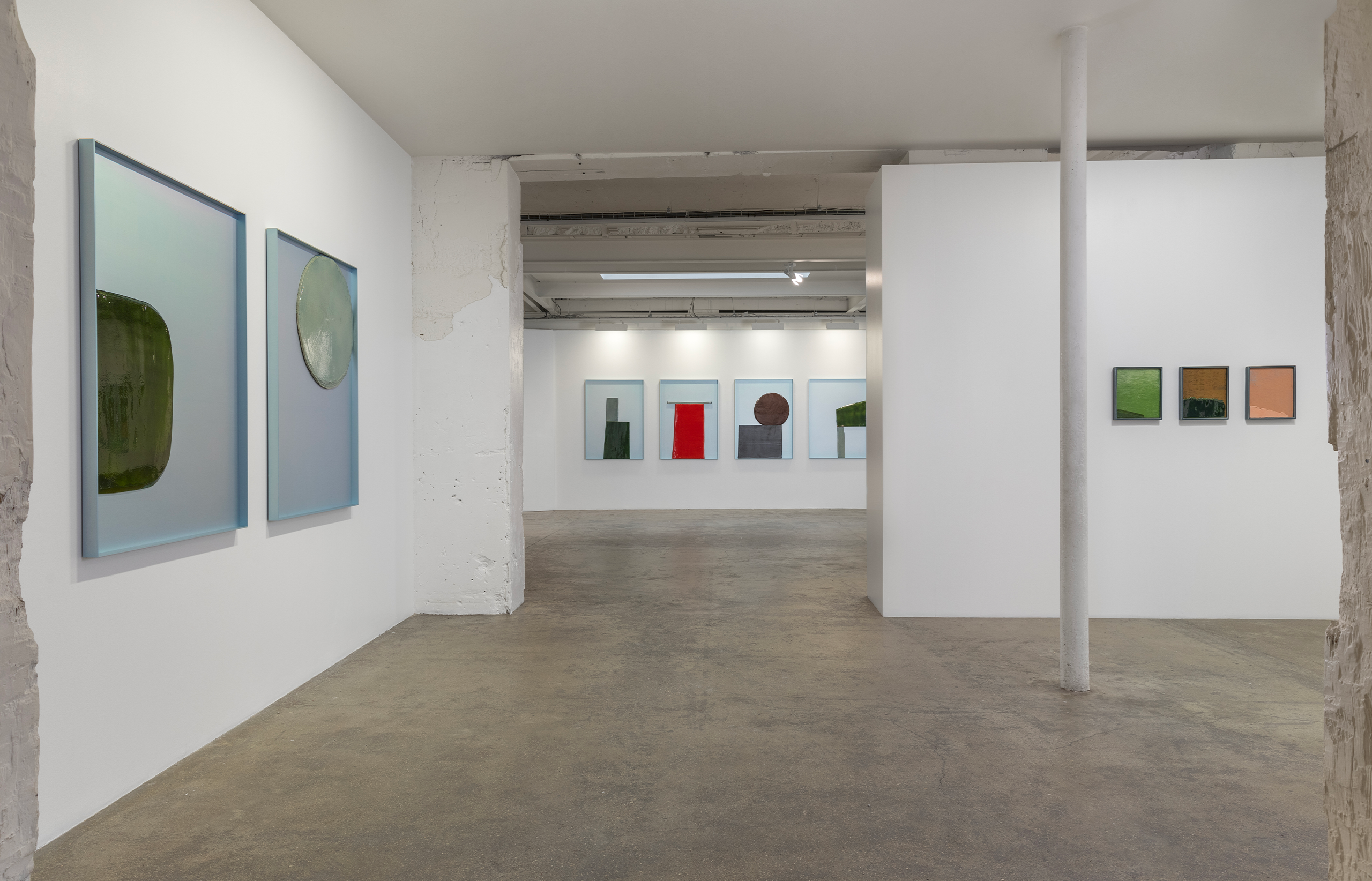 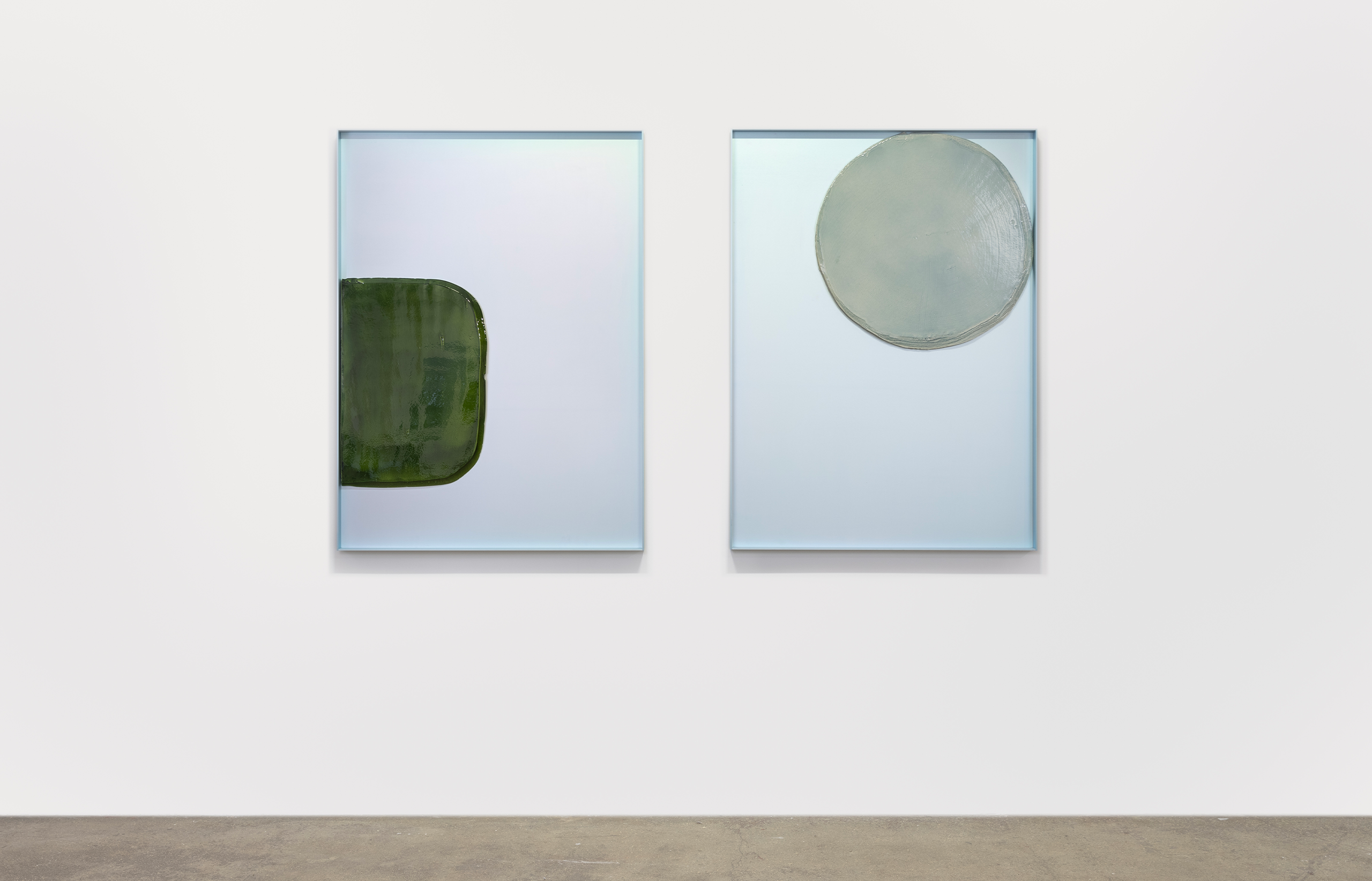 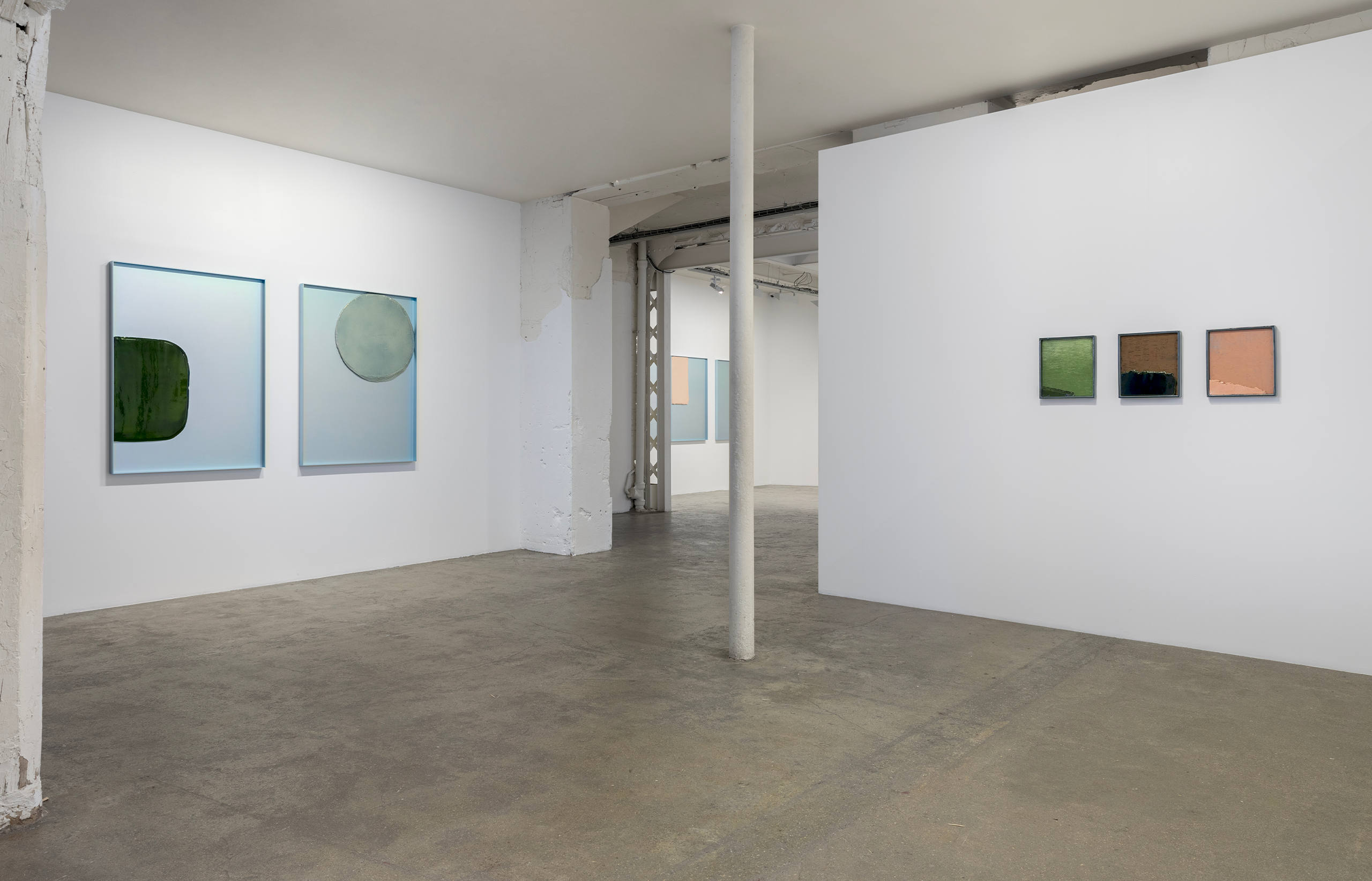 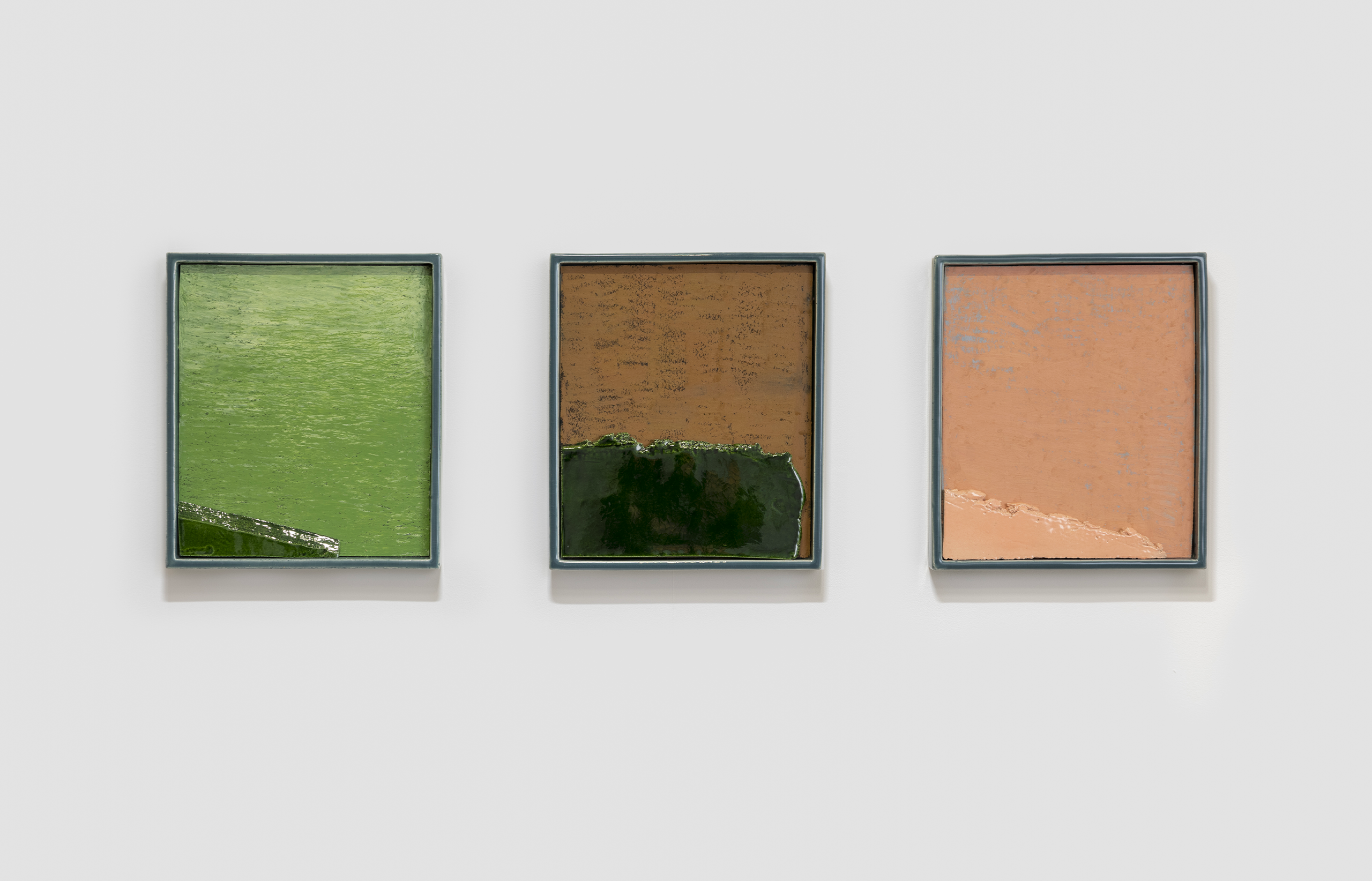 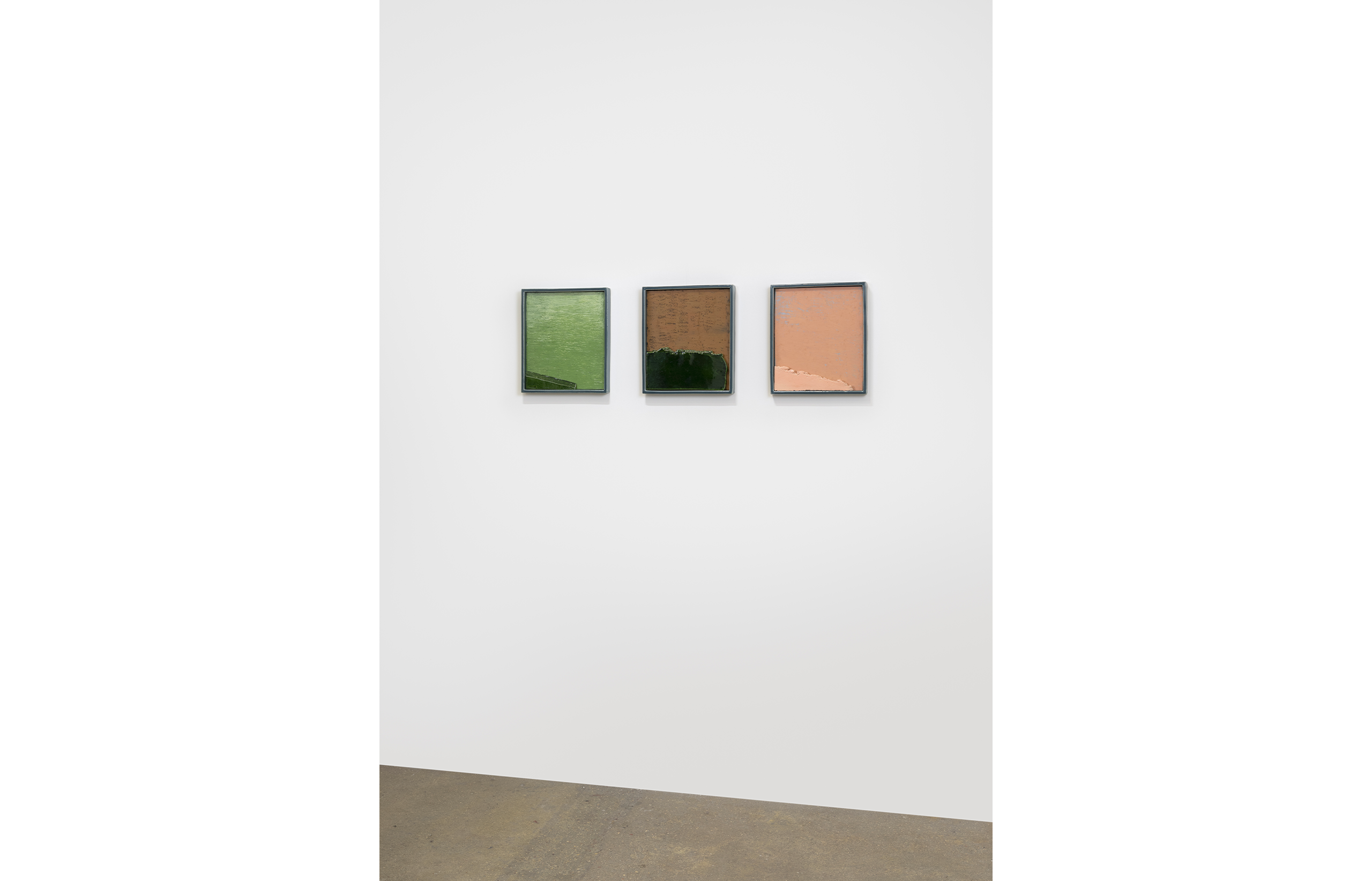 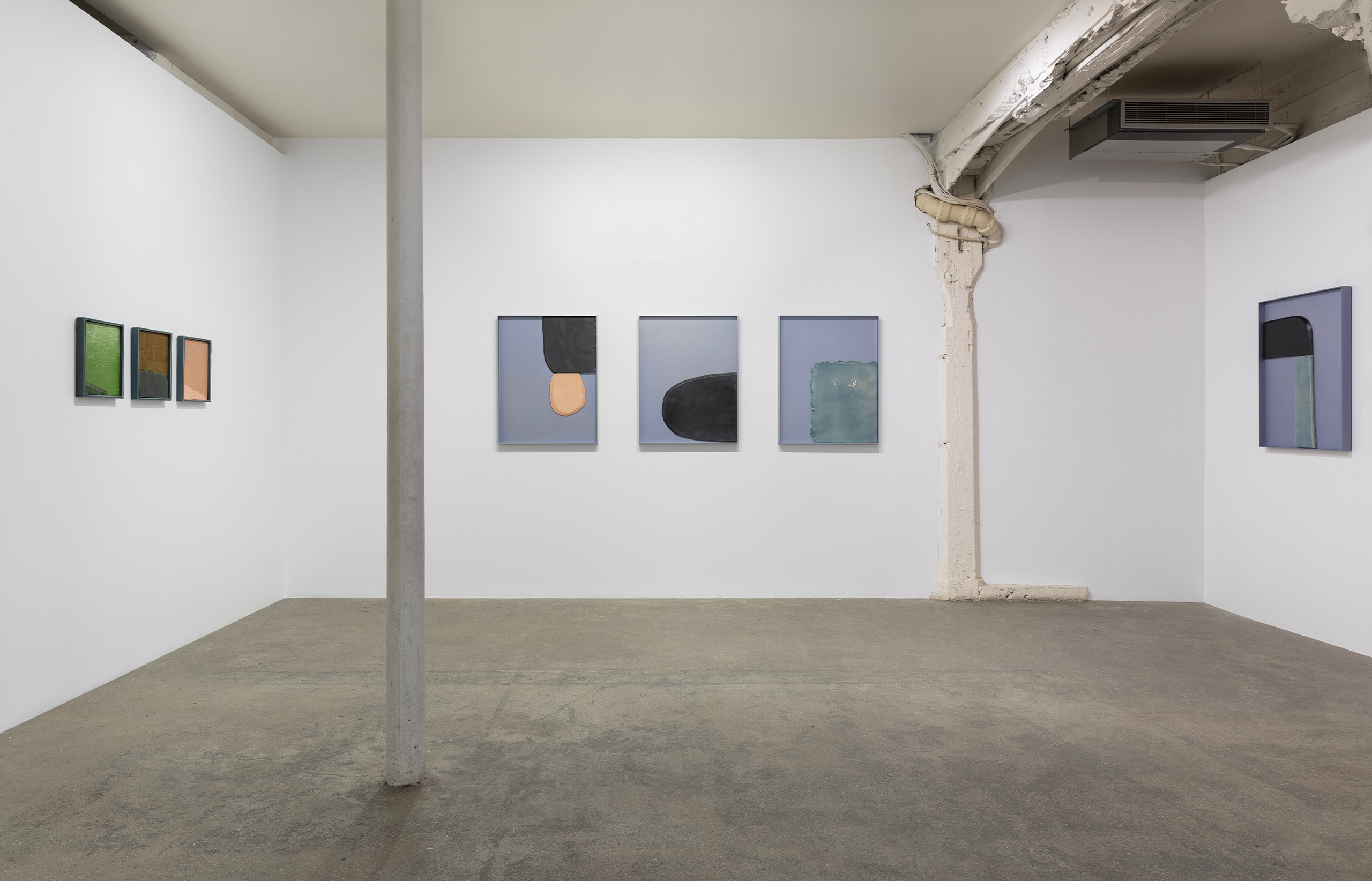 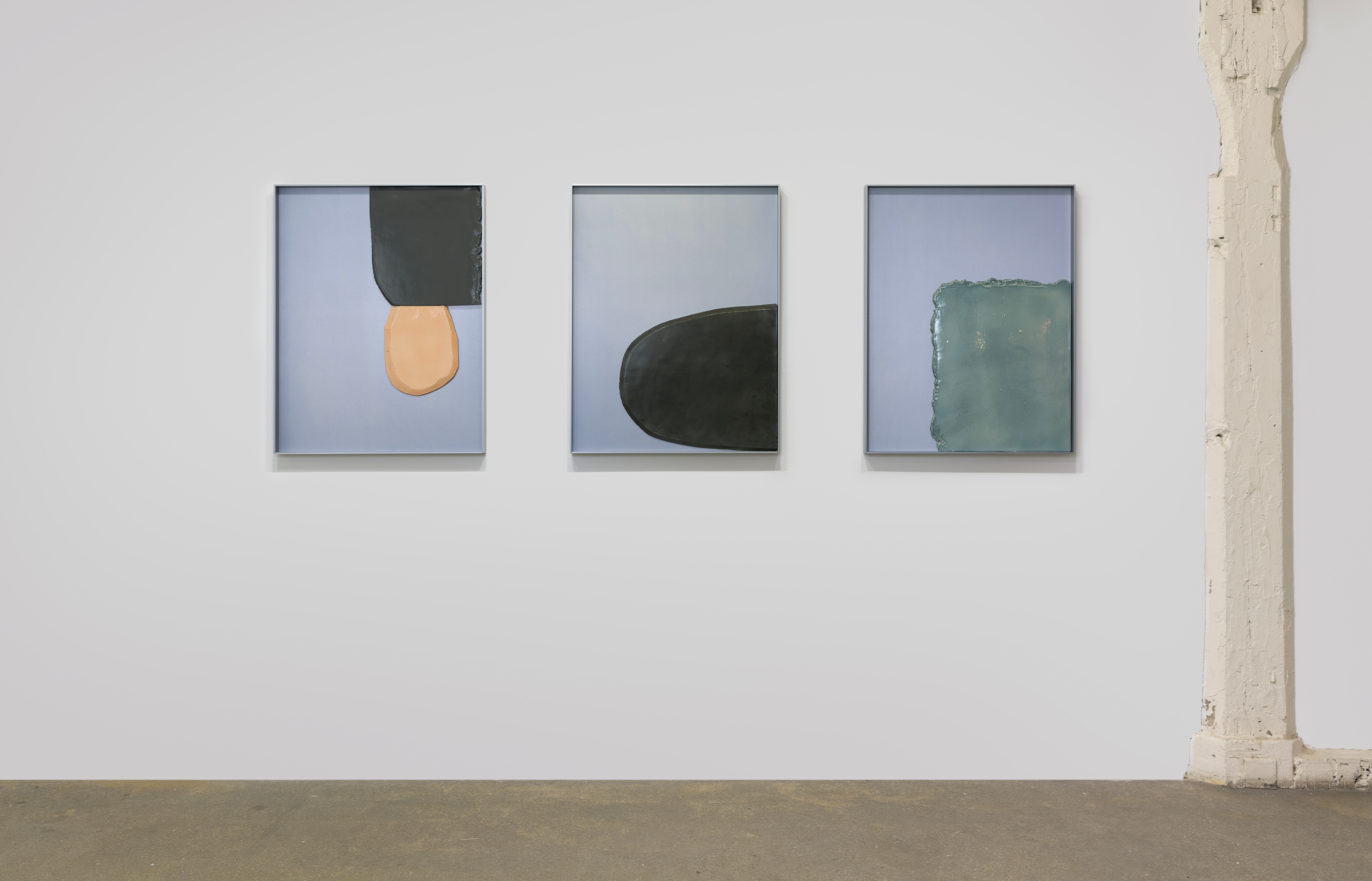 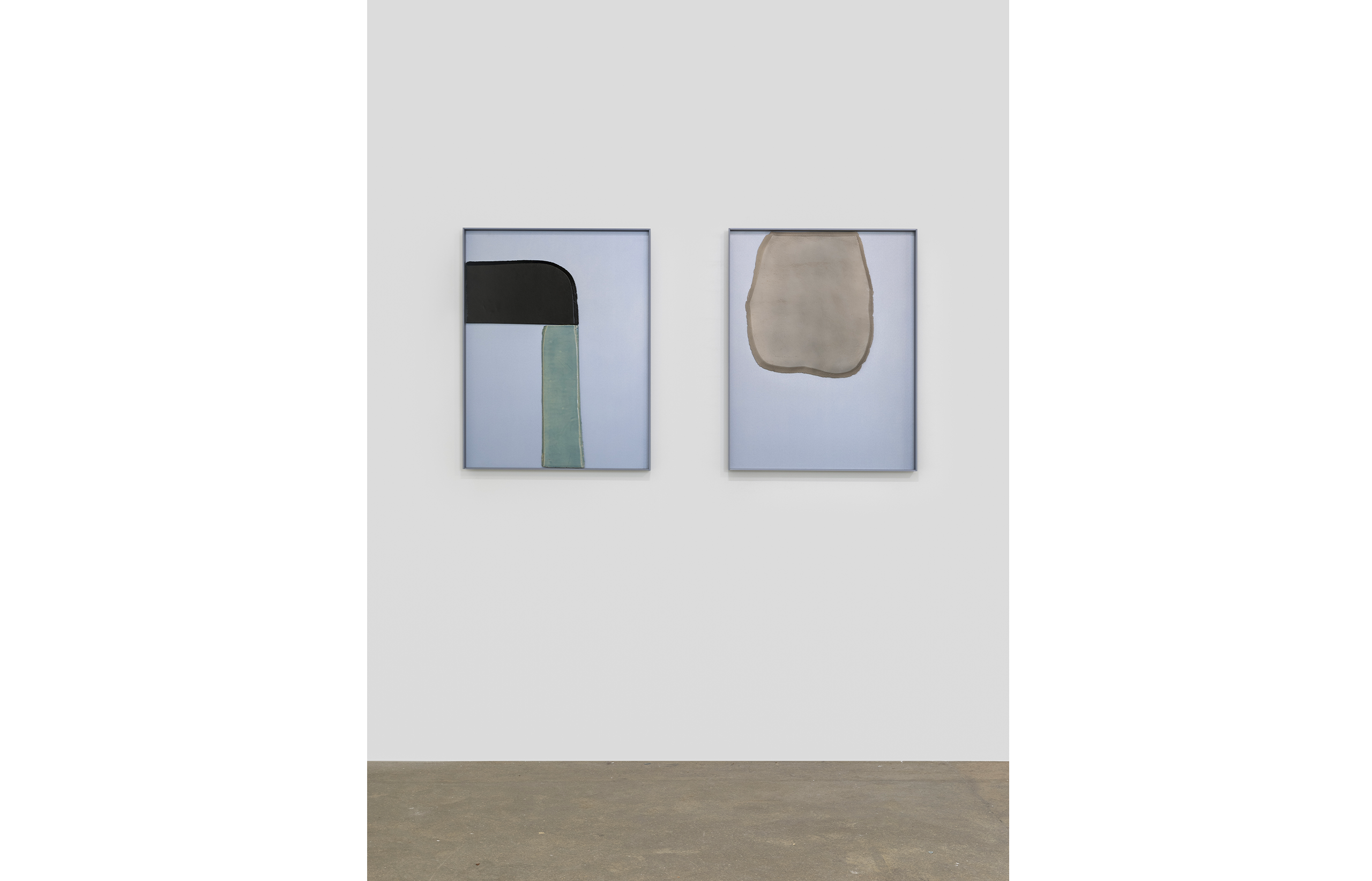 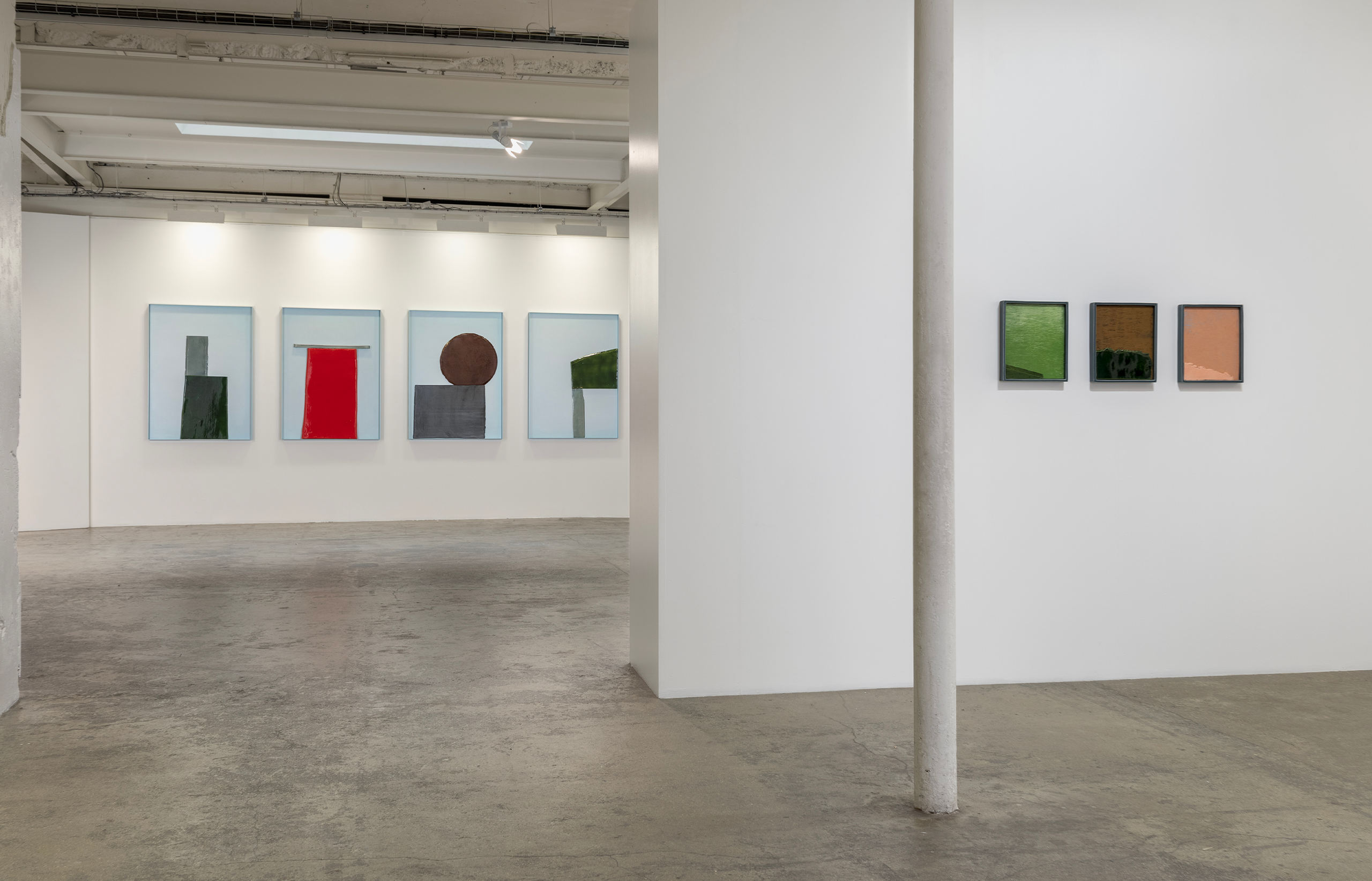 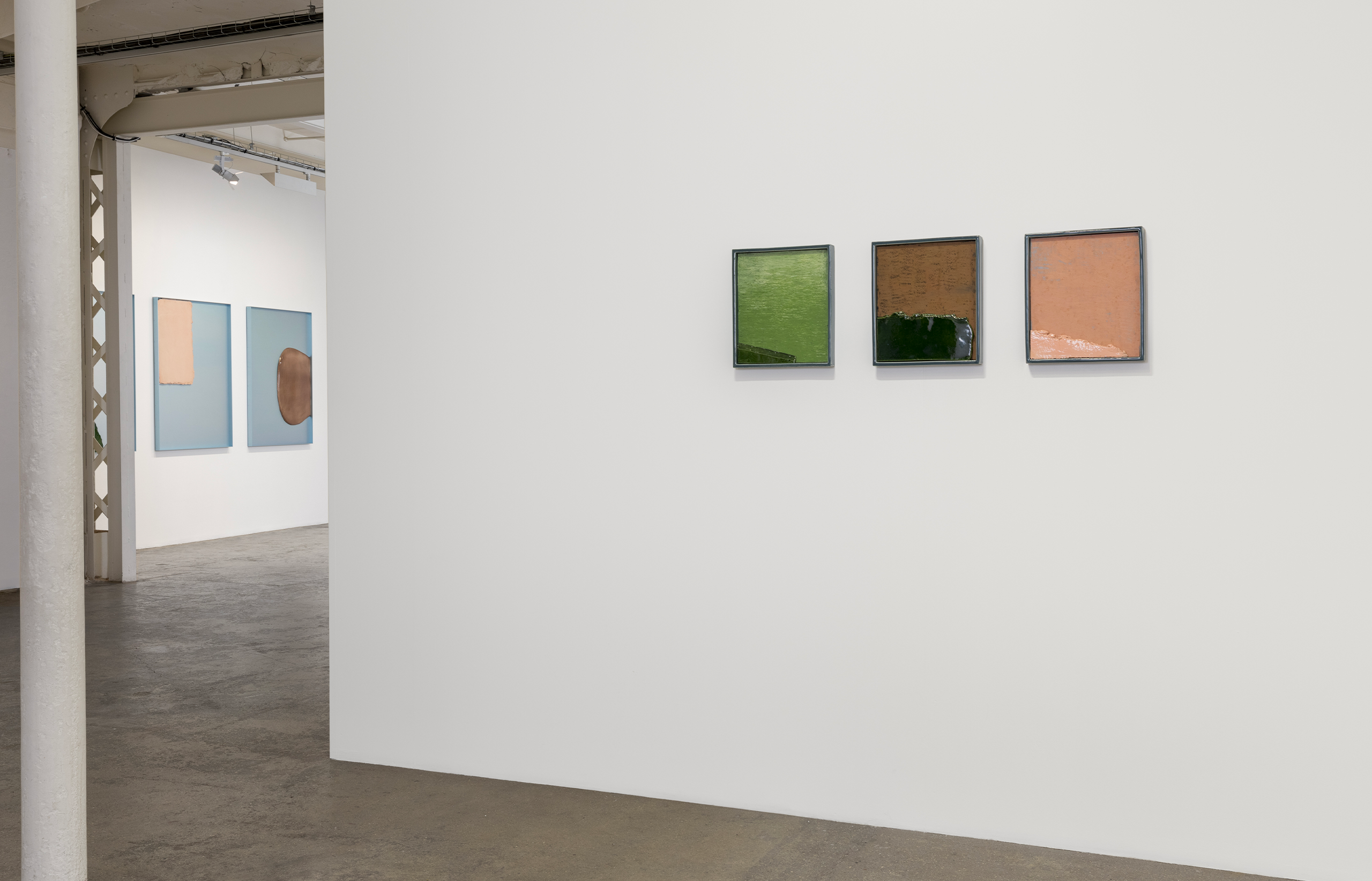 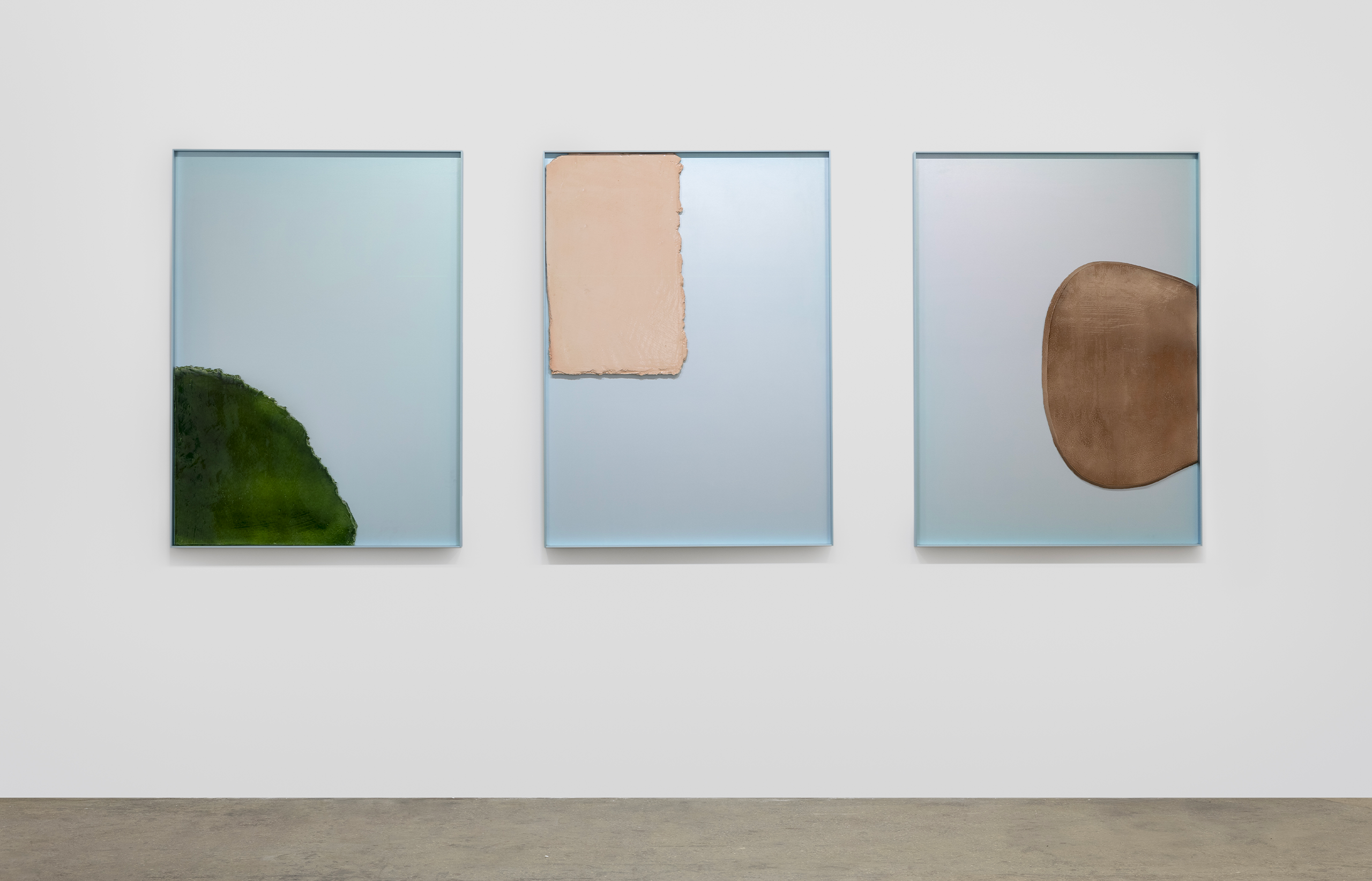 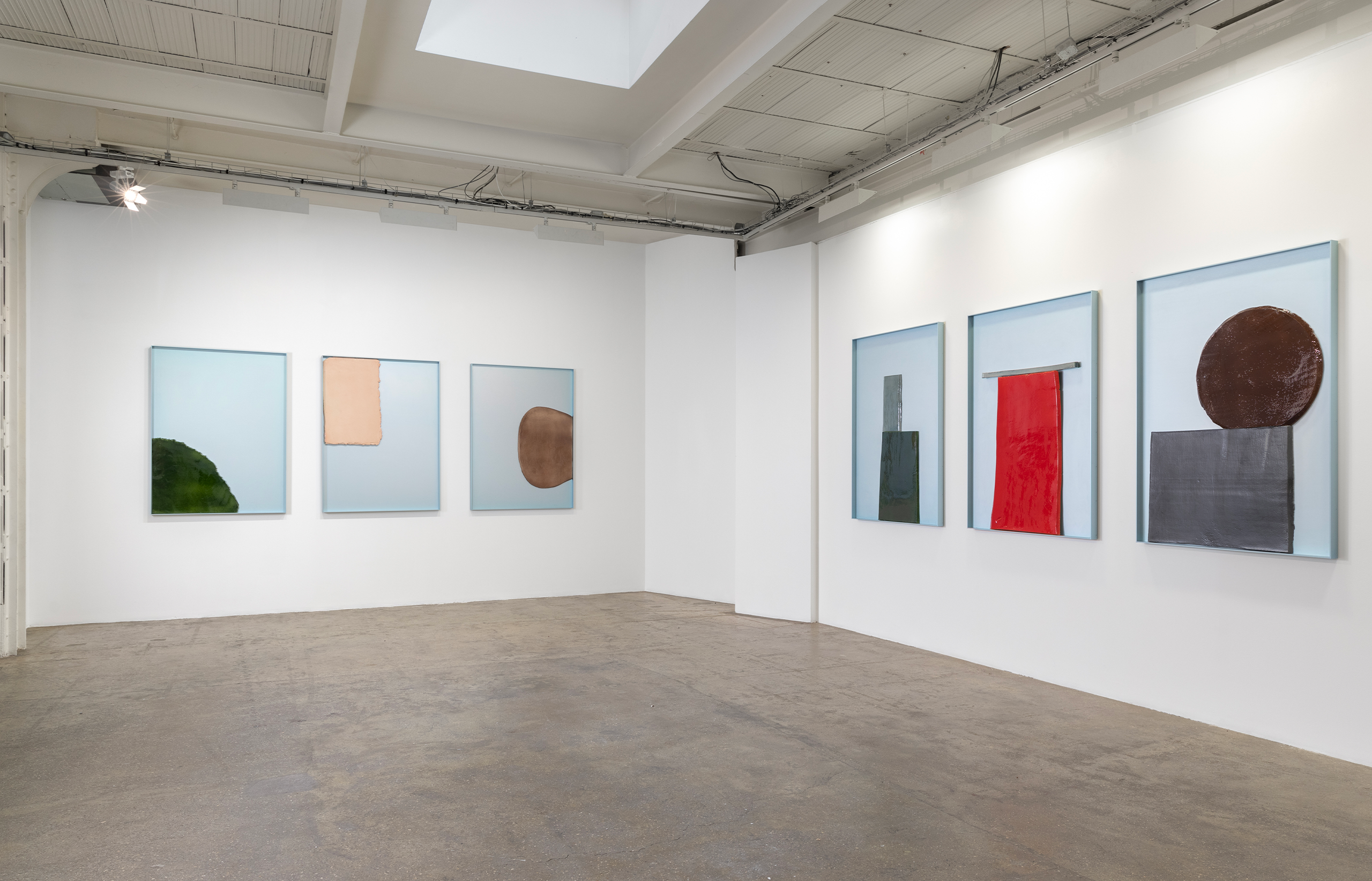 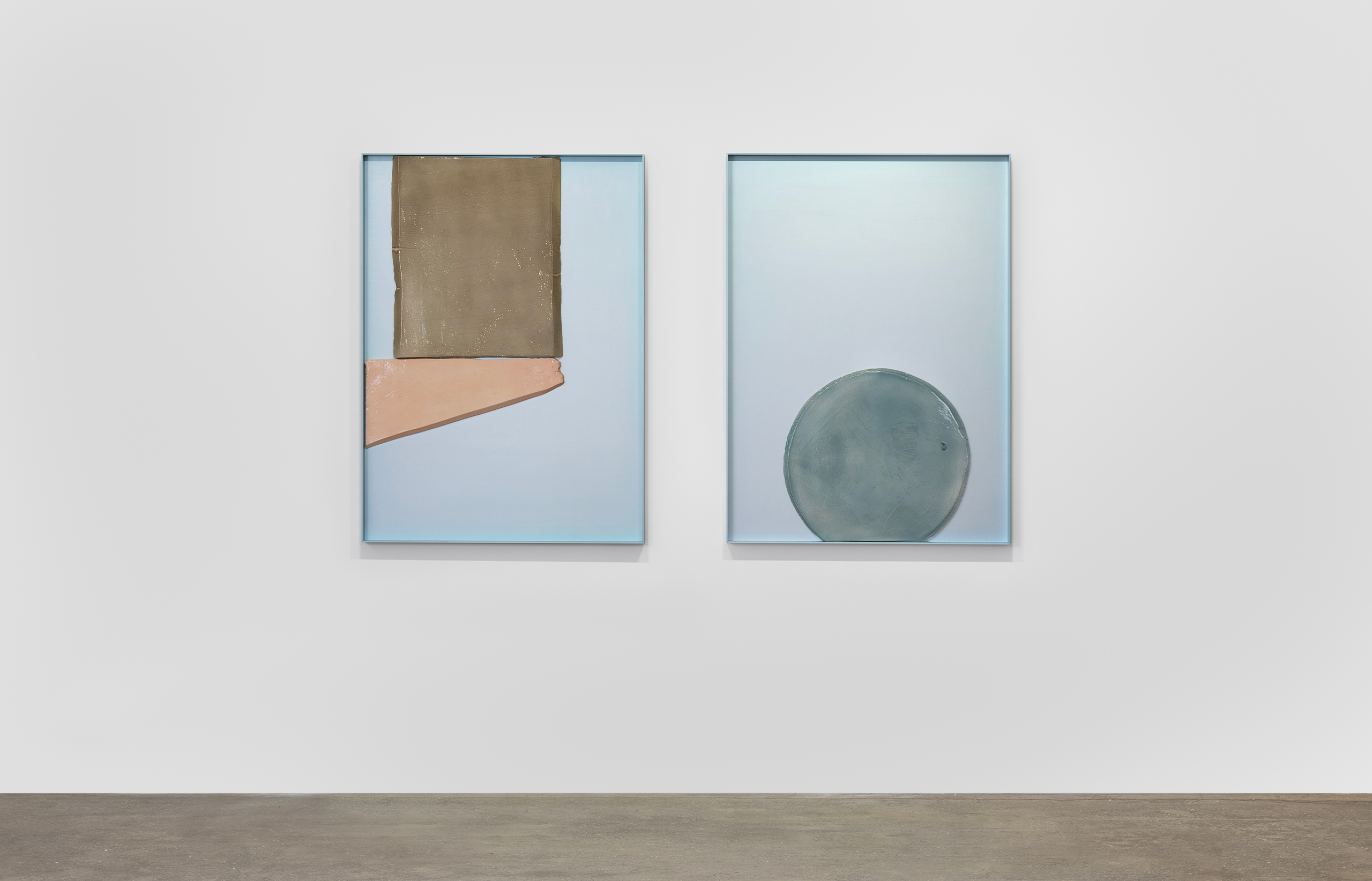 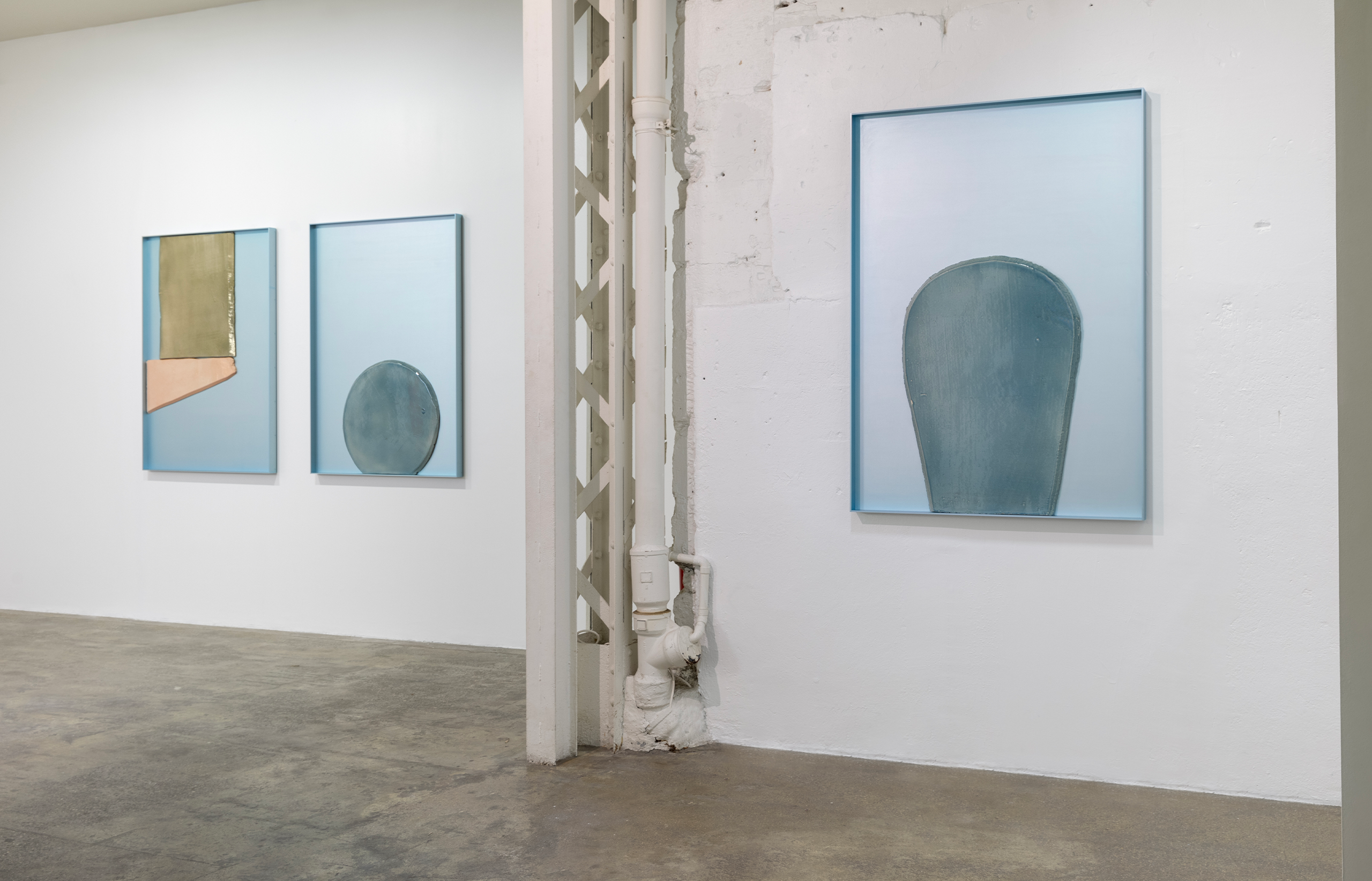 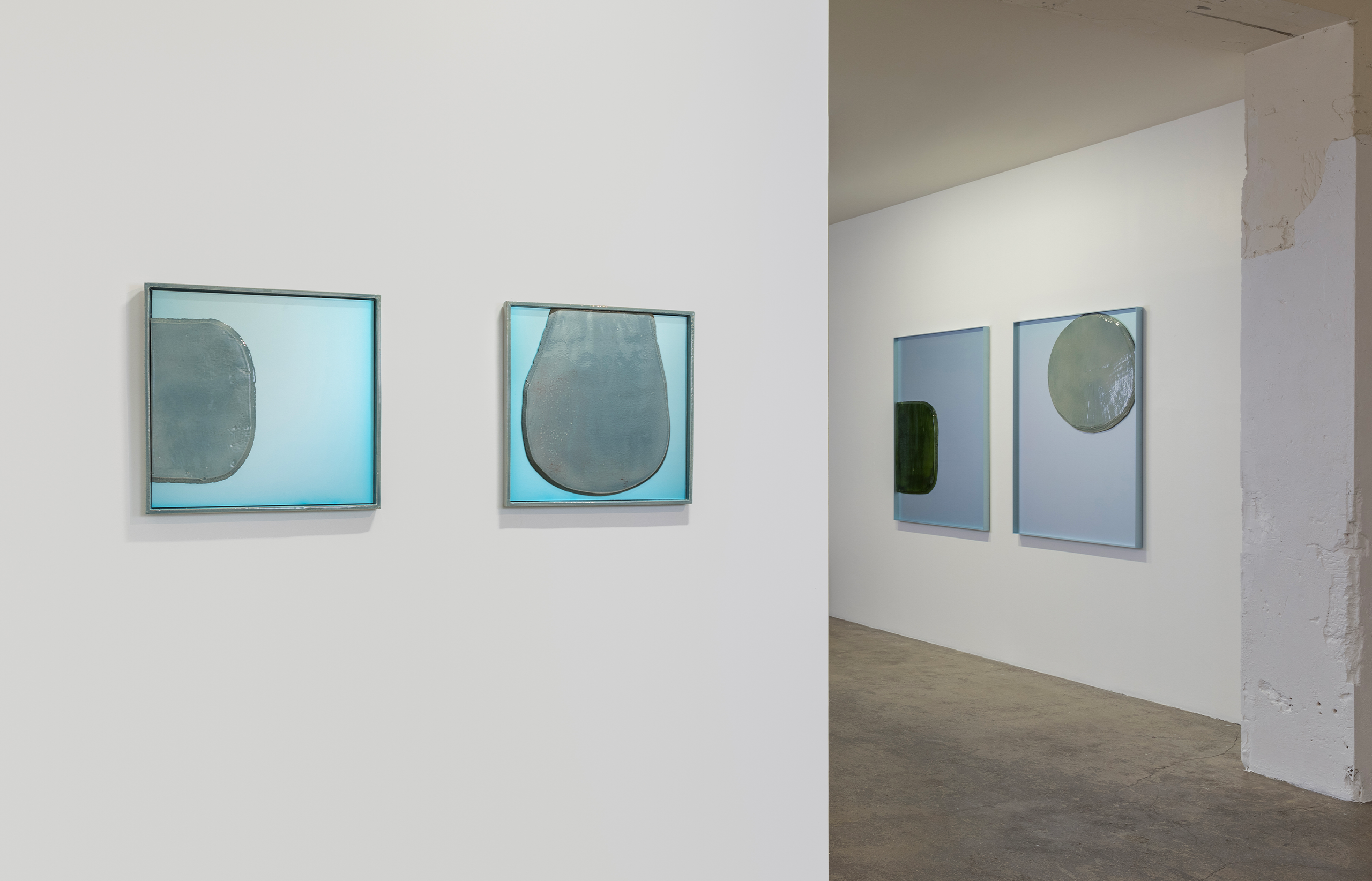 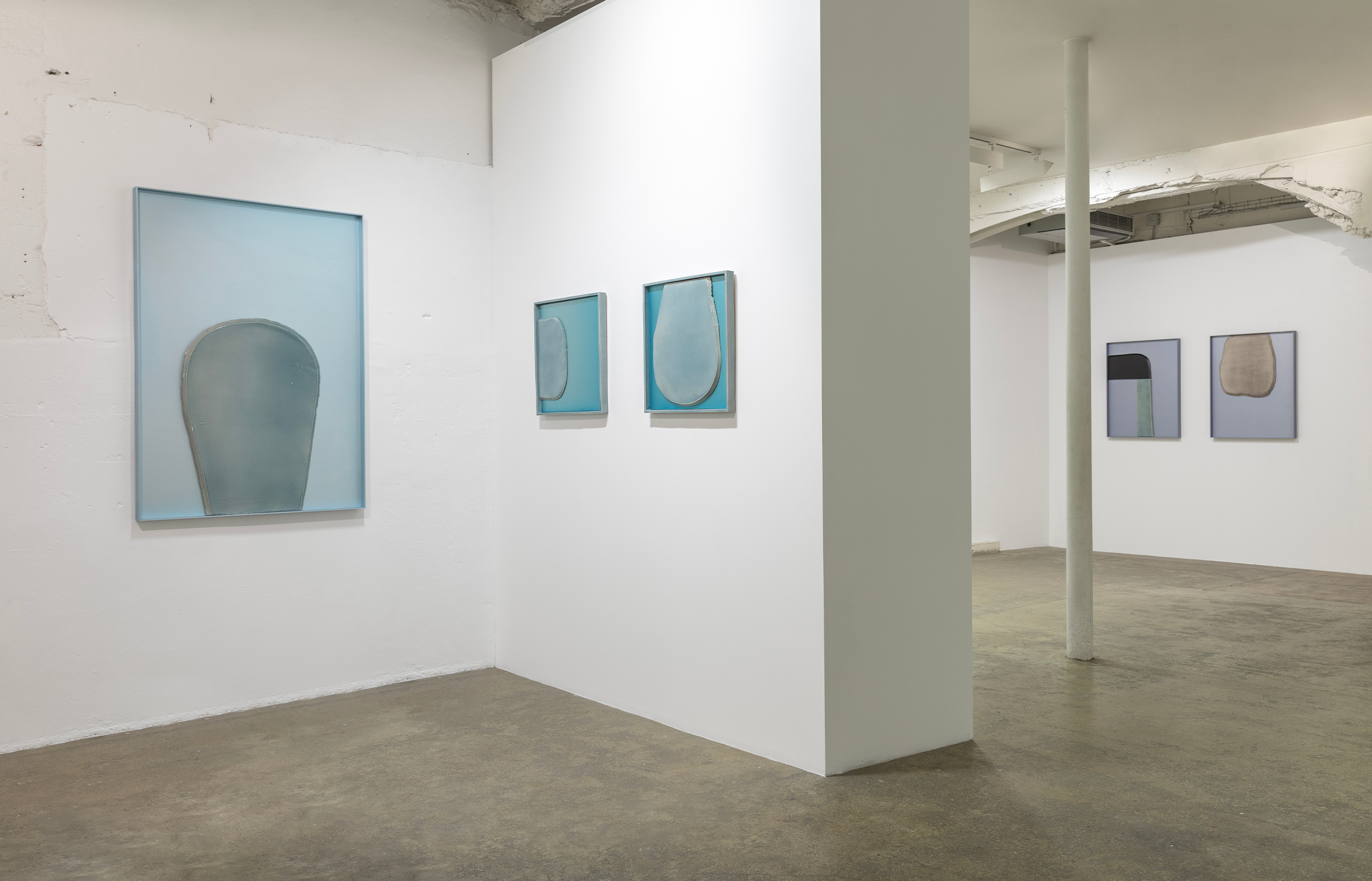 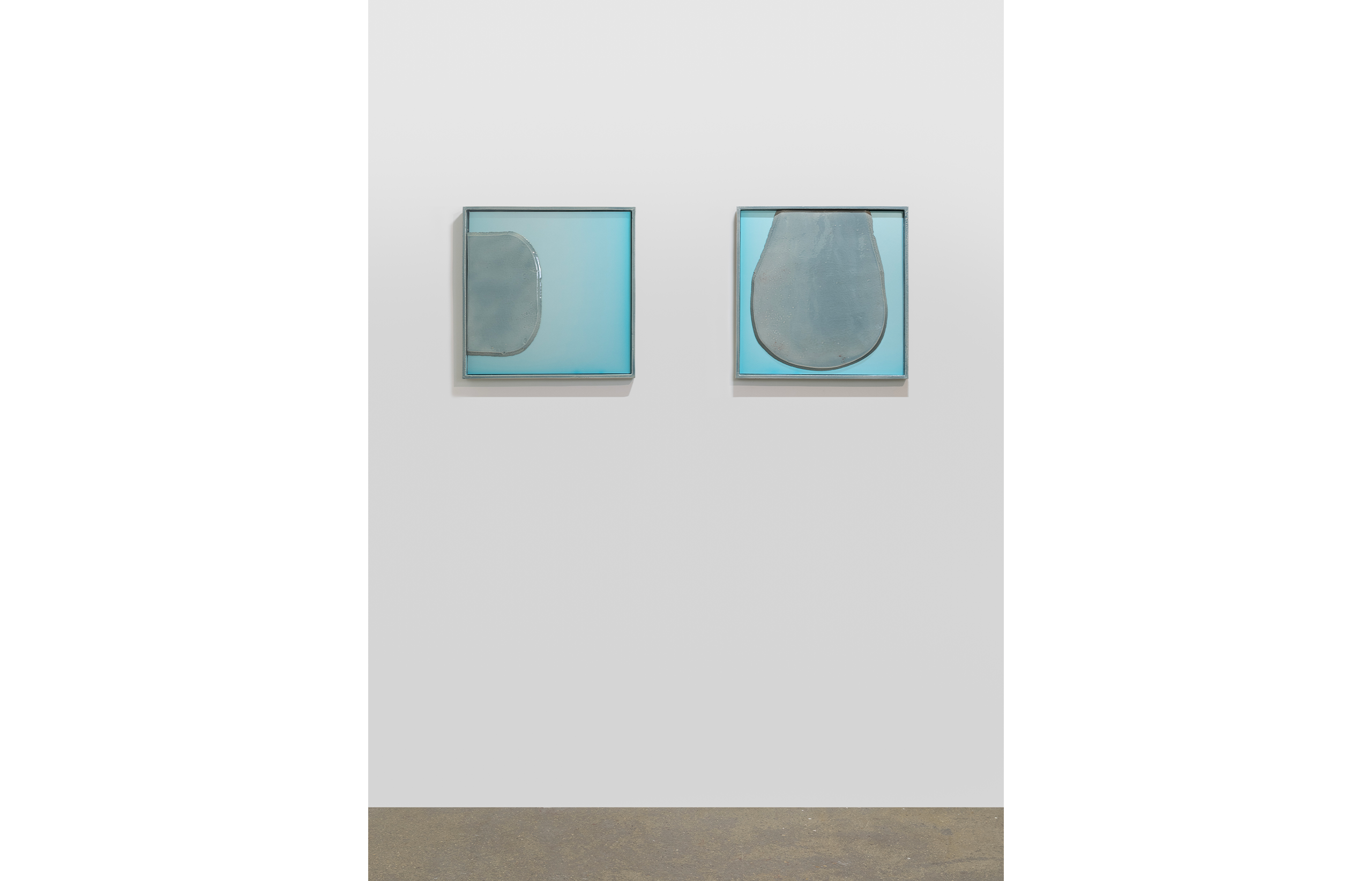 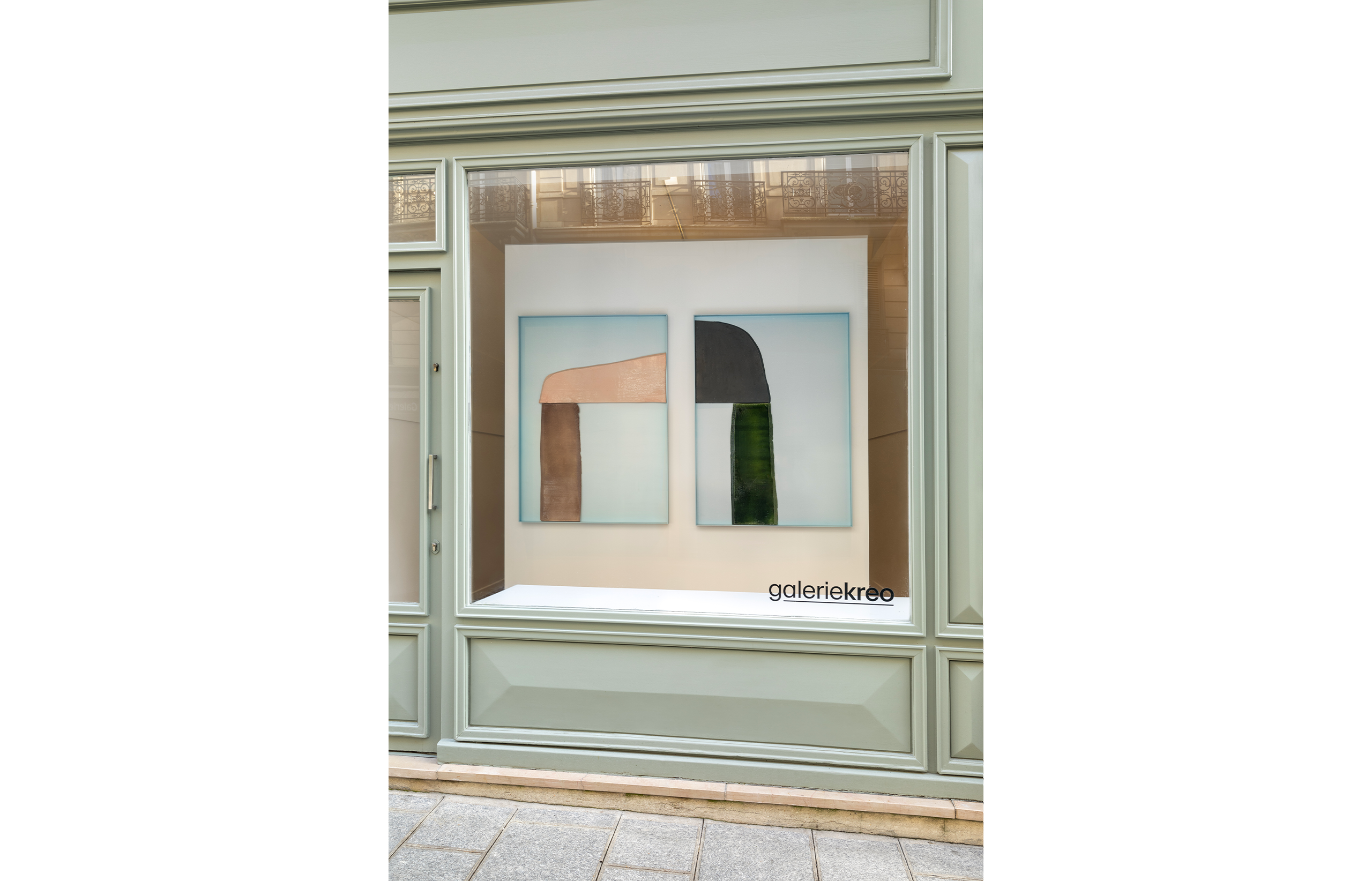 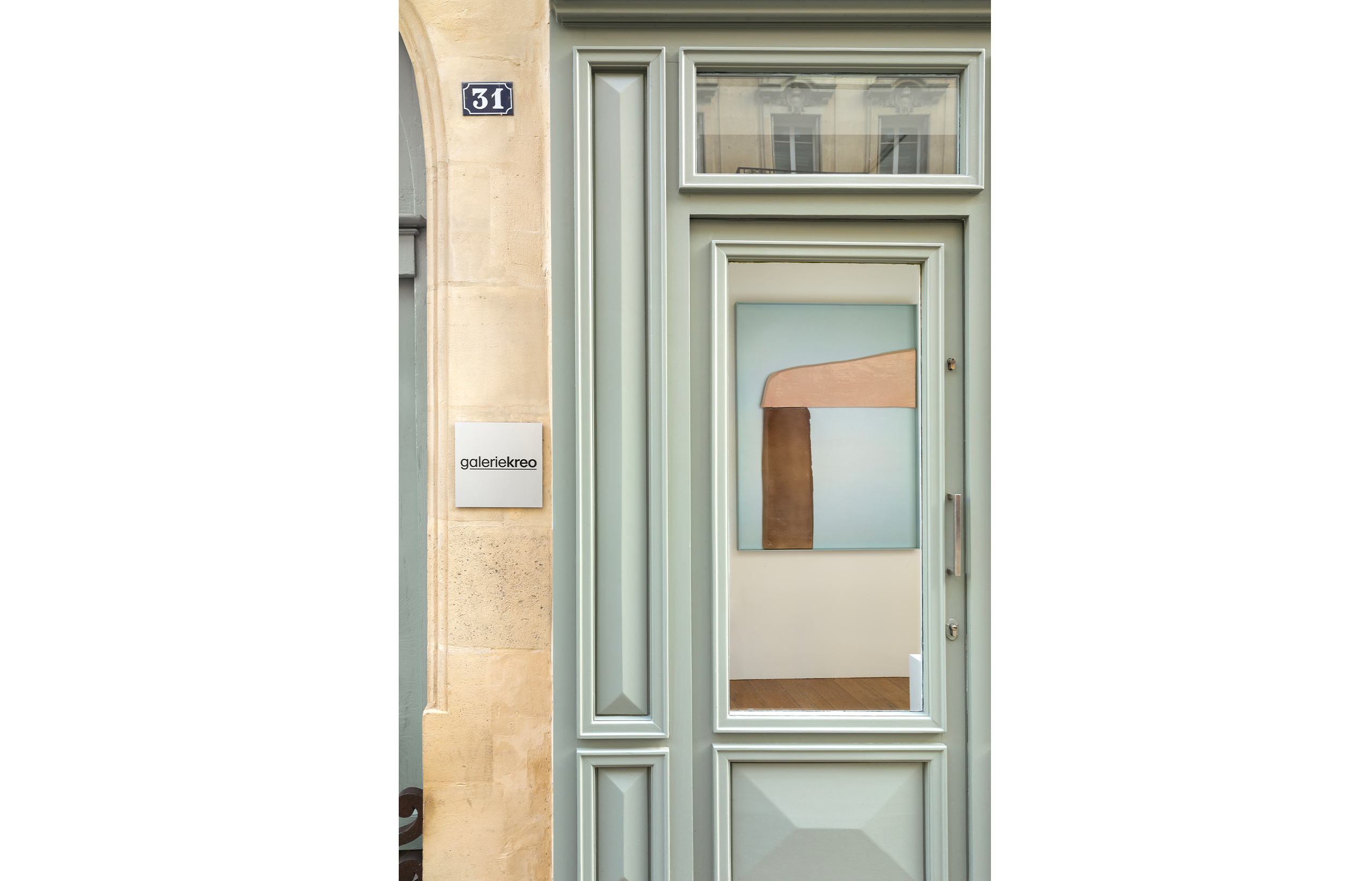 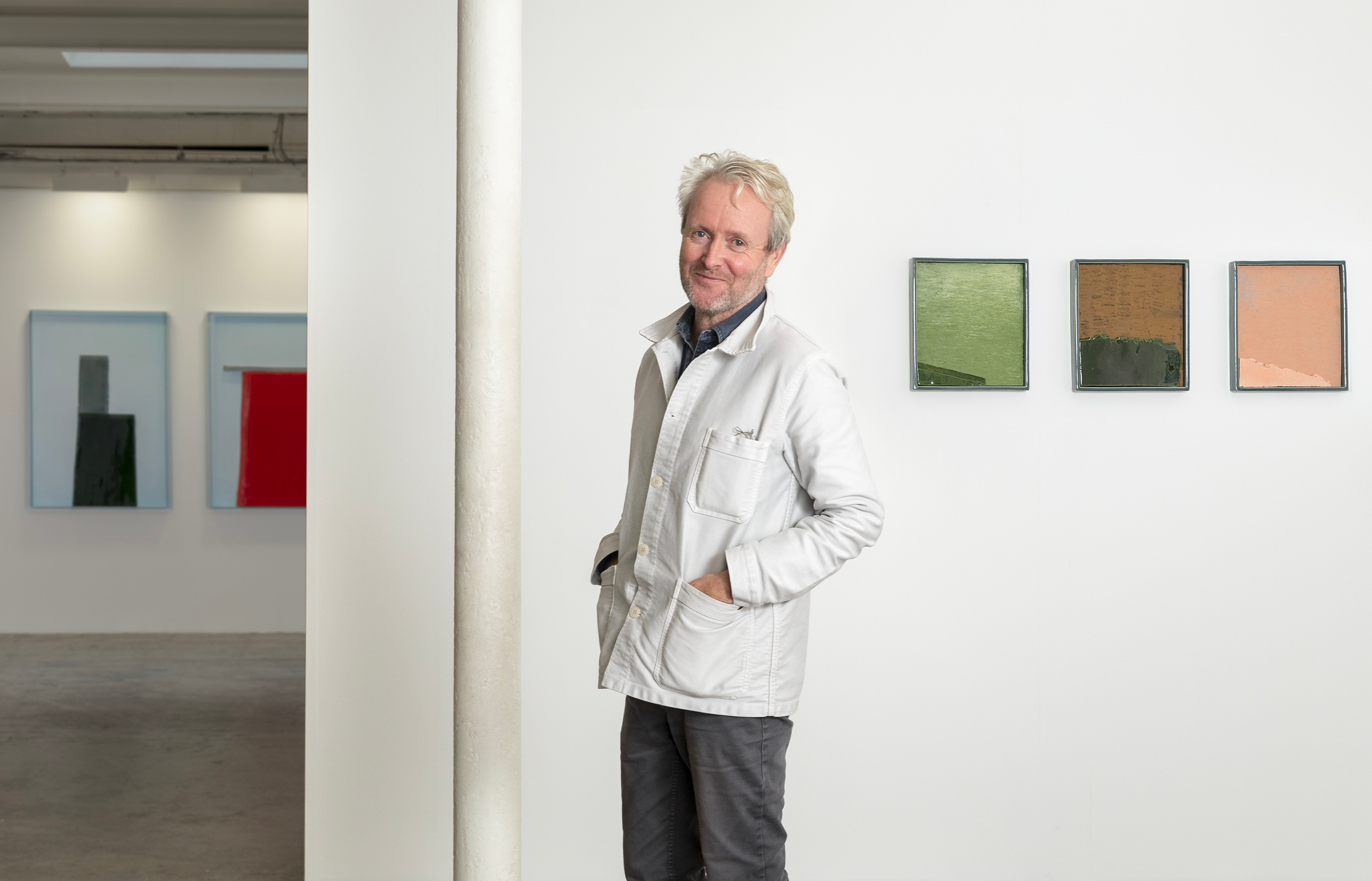 Ronan Bouroullec is a French designer and artist based in Paris. Since the late 1990s, he has been producing design alongside his brother Erwan for companies such as Artek, Alessi, Flos, Hay, Kartell, Ligne Roset, Samsung and Vitra, and creating exceptional limited-edition furniture with Galerie kreo. As an artist, Ronan has been creating meticulous and delicate drawings whereby he repeats sequences of lines, by hand, with a Japanese felt tip brush.