Following the two 'Signals' exhibitions by Edward Barber and Jay Osgberby in our London and Paris galleries, we are thrilled to unveil the ninth model of the collection, the NFT 'Signal C4V'. 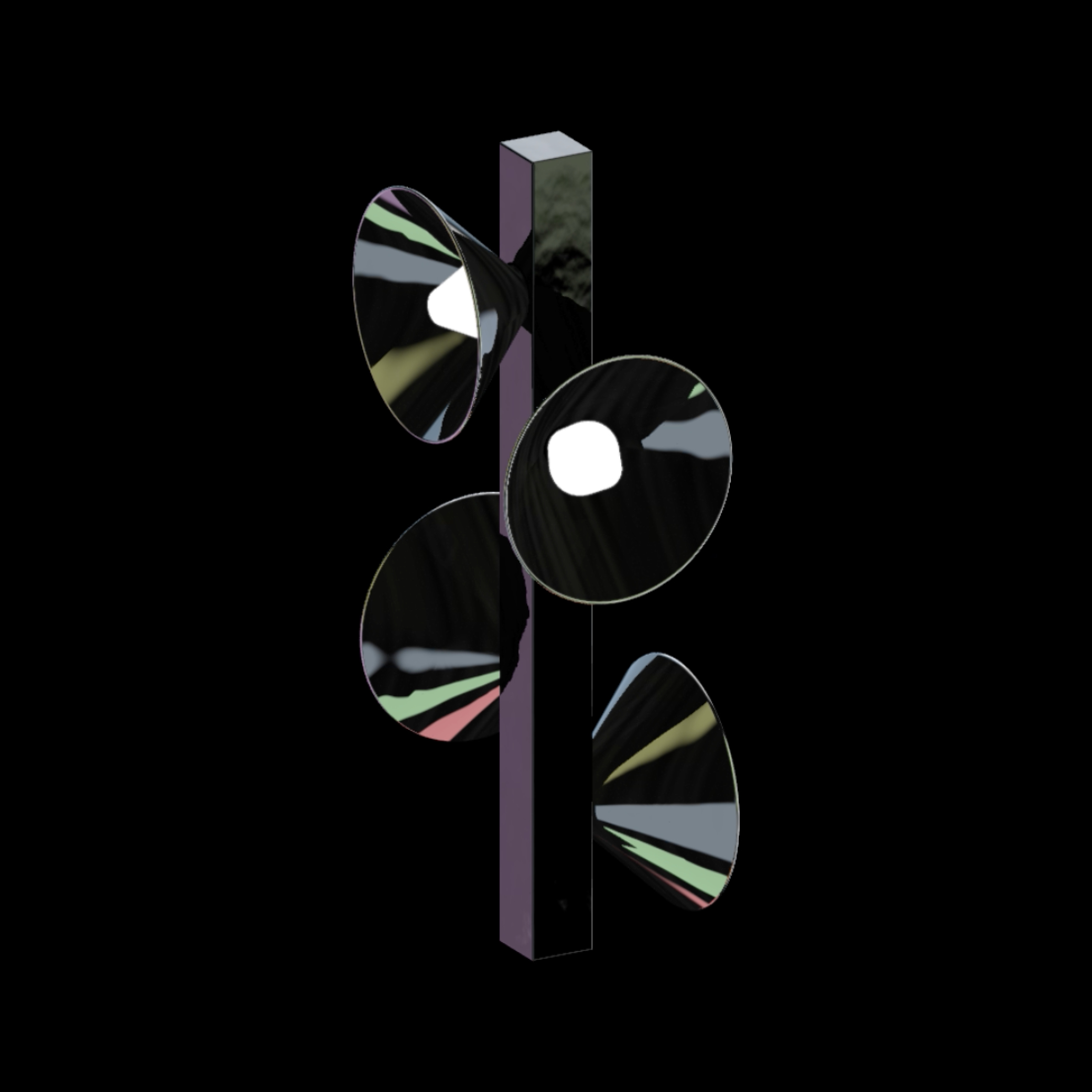 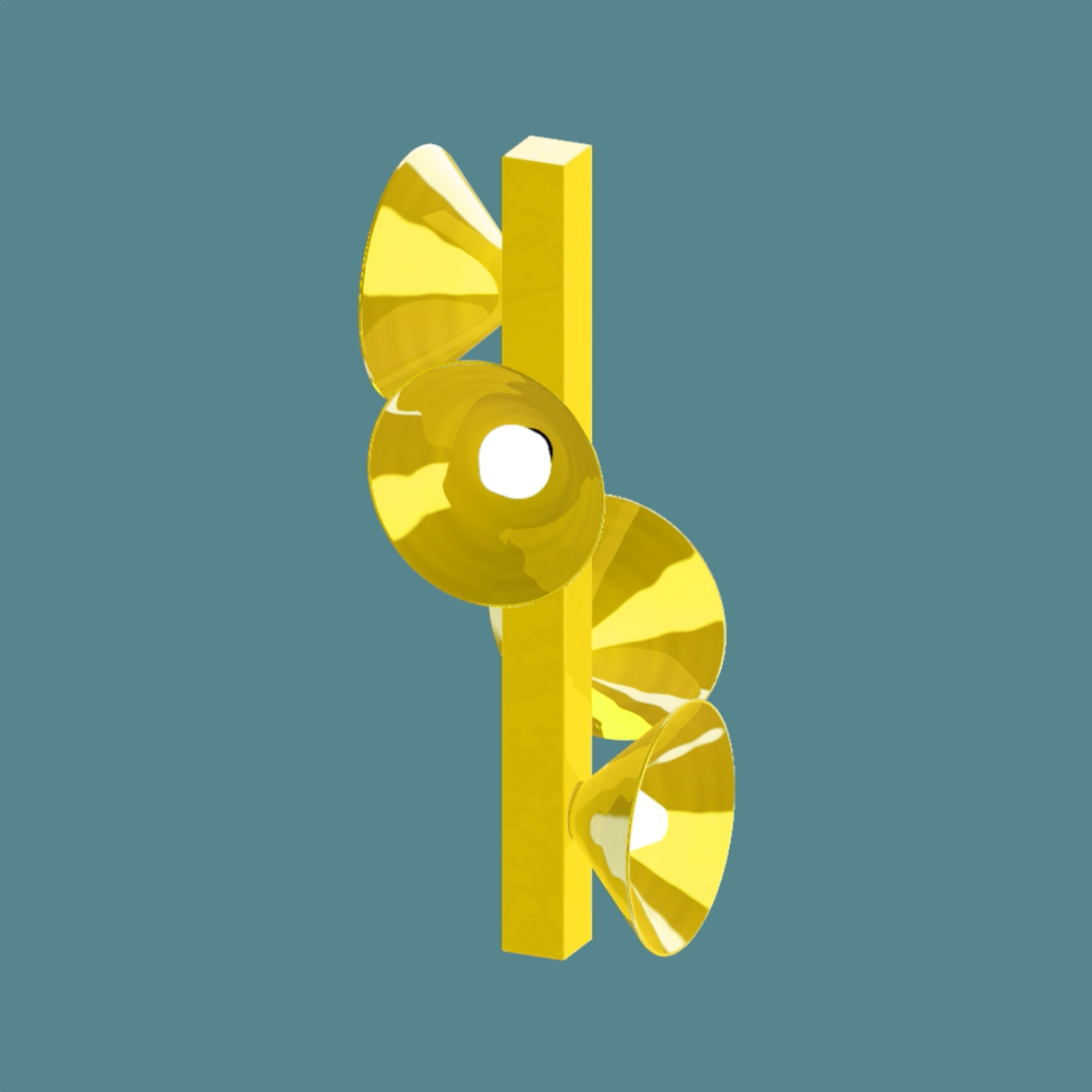 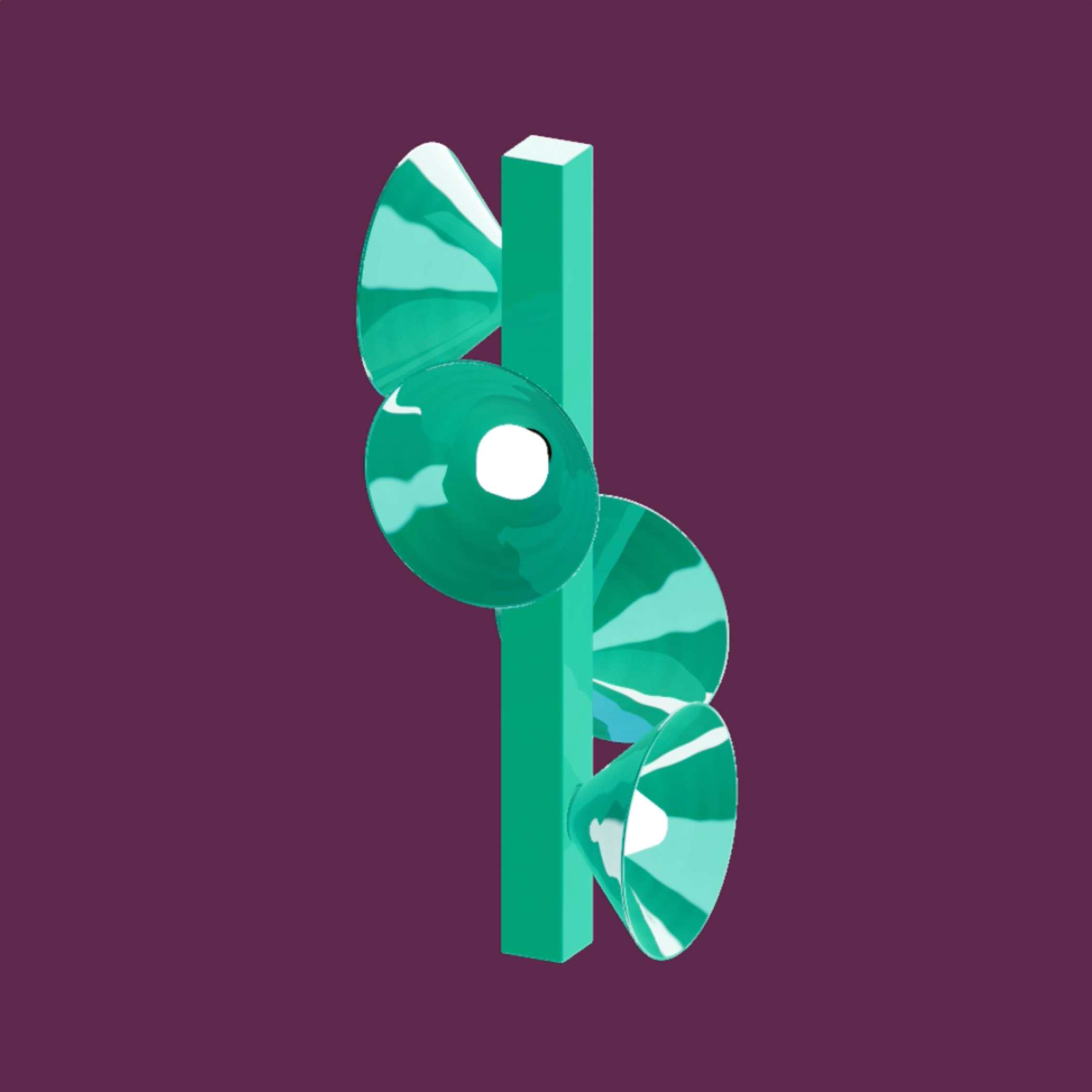 In this collection, Edward Barber and Jay Osgerby address the typology of lighting with a special focus on a form that has appeared repeatedly throughout their body of work: the cone. Here, it is the shades of the various lamps they have created that are conical, mouth-blown by master artisans at the Venini workshops on the island of Murano. 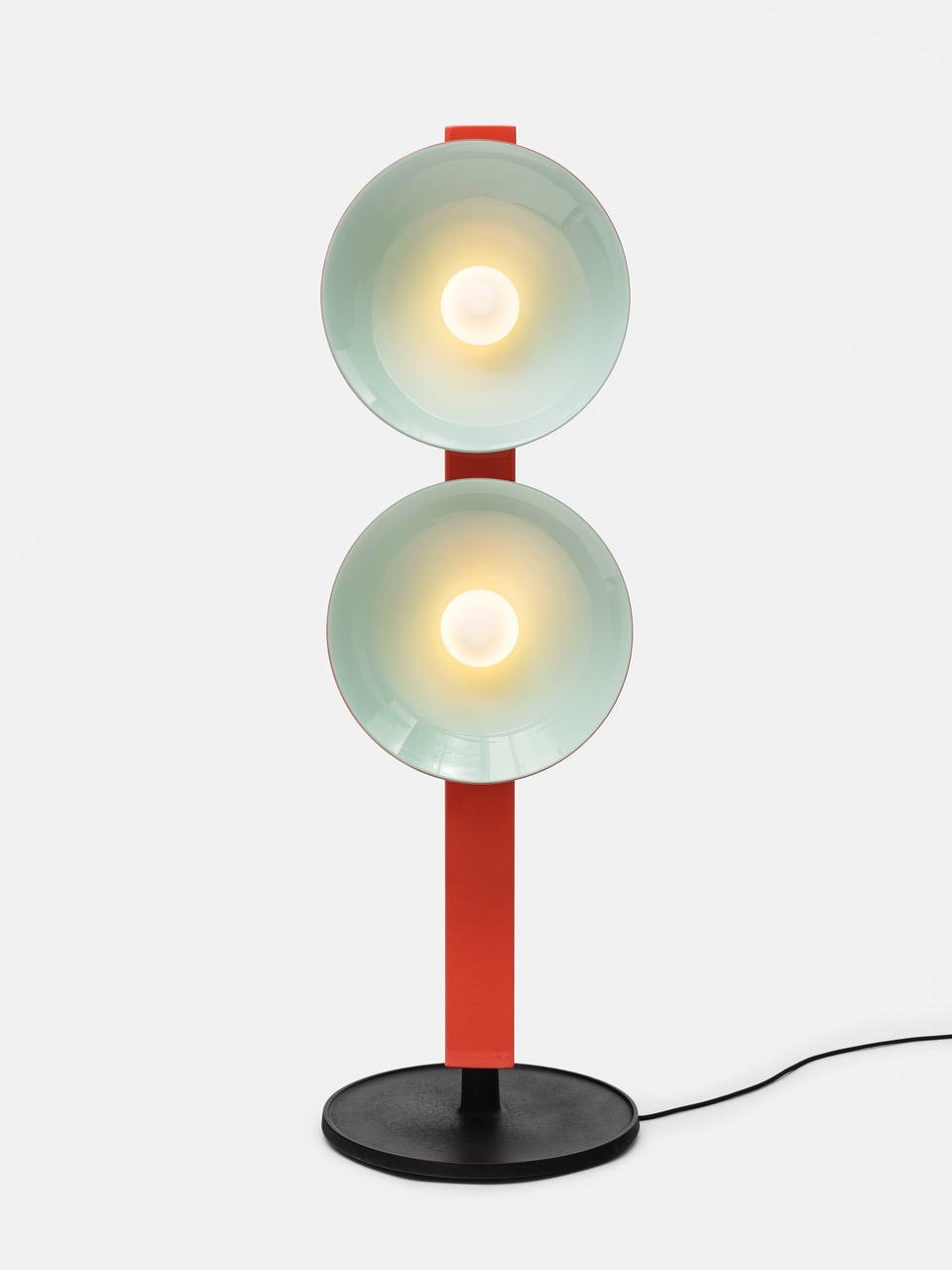 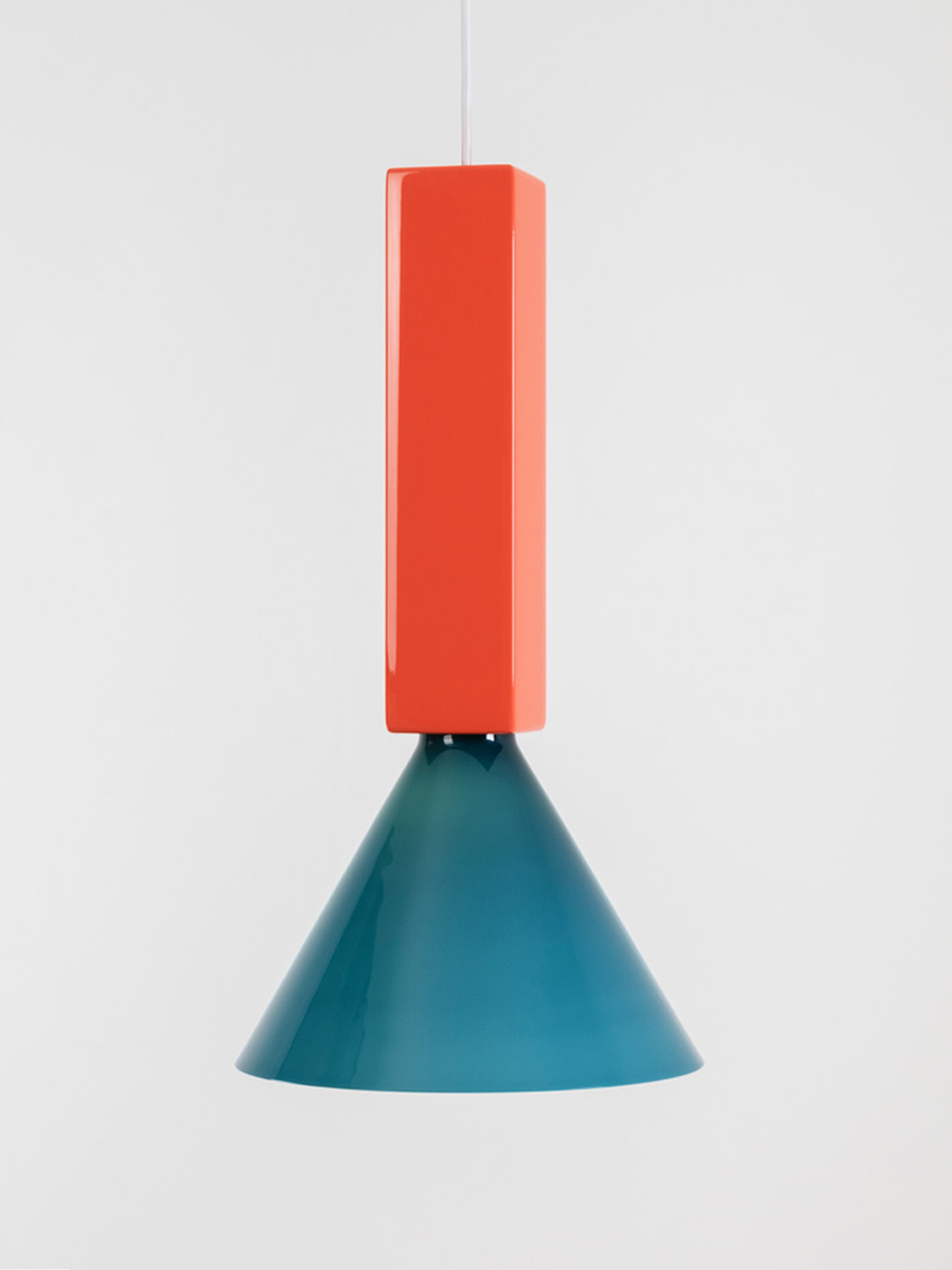 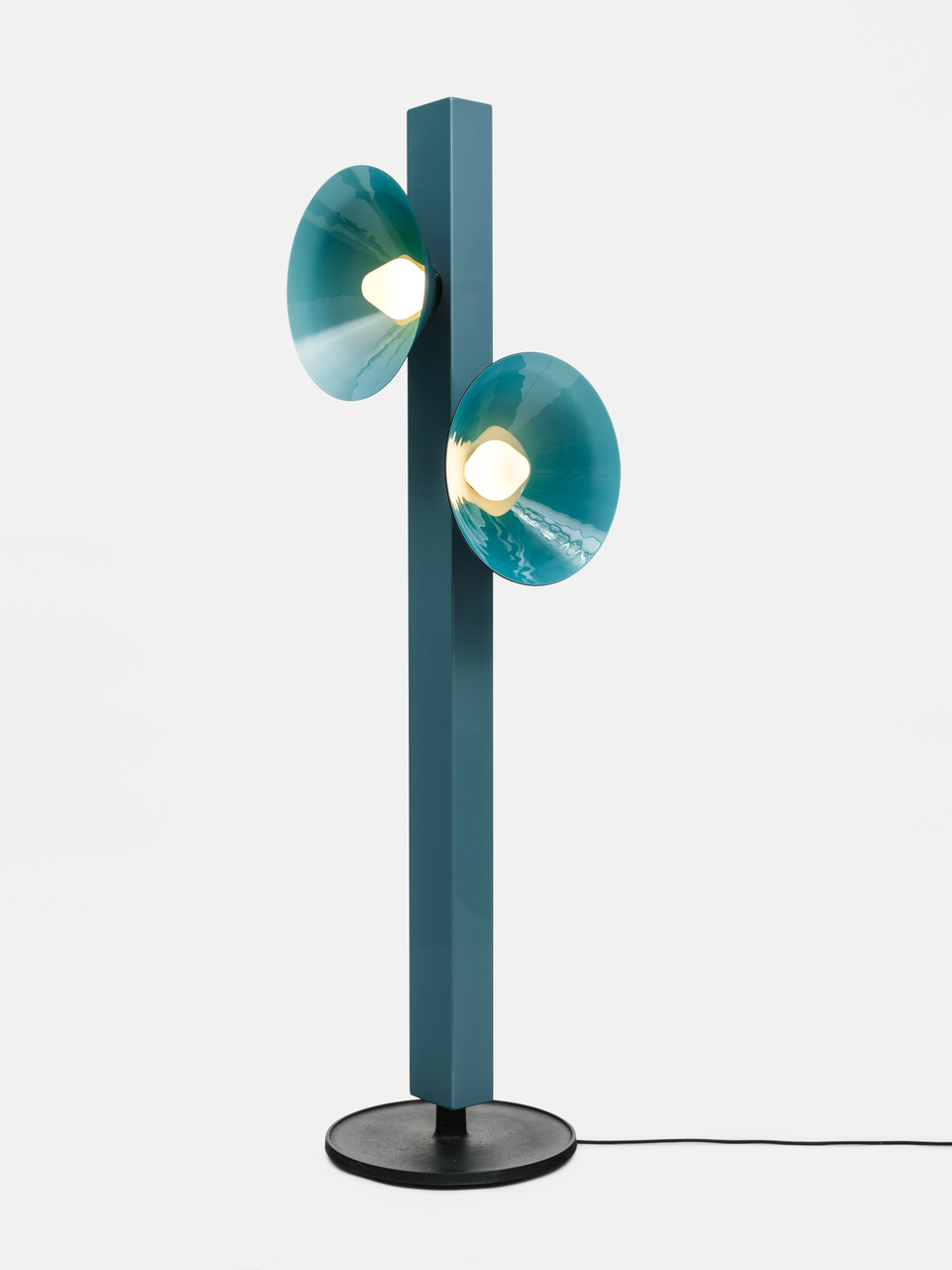 Edward Barber and Jay Osgerby founded their East London studio in 1996, after studying architecture together at the Royal College of Art. For more than two decades their work has challenged the boundaries of design in this country and abroad, while their commitment to lecturing, workshops and studio practice supports the development of new generations of designers.

Barber and Osgerby’s approach is characterised by its emphasis on experimentation and innovation and an exploratory attitude to materiality and colour. From these areas of focus emerge solutions that reflect the close relationship of their work with industrial processes and new technologies, but also its affinities with fine art, illustrated most clearly in large-scale installations such as Double Space (2014) – a series of revolving mirrors suspended from the ceiling of the Raphael Gallery in the V&A – and Forecast (2016) – a wind-powered work installed at Somerset House, as part of the first London Design Biennale.

The strength of Barber and Osgerby’s creative partnership has led to collaborations with some of the world’s most progressive companies and a diversity of output that encompasses architecture, interiors, sculpture, product and exhibition design, from the iconic Loop Table (1996) for Isokon and Soft Work (2018) for Vitra, the Hakone collection for Galerie kreo (2016), Bell Lamp for Louis Vuitton (2012) to the 2012 Olympic Torch and a £2 coin commissioned to commemorate the 150th anniversary of London Underground.

Amongst many professional accolades, Barber and Osgerby received the Jerwood prize in 2004 and in 2007 were awarded the status of Royal Designers for Industry. In 2013 they were appointed to the Order of the British Empire, for services to the design industry and in 2015 they were awarded the London Design Medal. Examples of their work are held in the permanent collections of the V&A and the Design Museum in London, the New York Metropolitan Museum of Art, the Art Institute of Chicago, the Olympic Museum in Switzerland, the Vitra Design Museum in Germany and The Design Museum, Munich, Germany.

In 2012 the family of Barber Osgerby studios was extended again, with the launch of the strategy-based industrial design consultancy, Map Project Office.

In order to buy the Signals NFT you will require a Metamask. Download one for free from here: https://metamask.io/
Follow the simple instructions to set up the wallet.

Be sure to write down your seed phrase and keep it somewhere safe.

2. Buy ETH
In order to interact on the ethereum network you will need some of its native currency $ETH. You can buy it directly through the Metamask by clicking the blue ‘Buy’ button. Or if you already have some, transfer it across from your exchange into your Metamask wallet. You will need approx 0,7 per NFT you wish to buy (including gas fees).
3. Buy NFT

Using a marketplace such as OpenSea, you can purchase your NFT with your ETH and hold it, safely stored by your Metamask.
It is as simple as that!

Your Signals NFT will be viewable alongside the rest of the collection on OpenSea.

From here you can list it for sale at the price that you are happy to part with it for. Watch the market moves via the analytics tab.

Please reach out at nft@galeriekreo.com for any further assistance